The Audacity of Boredom 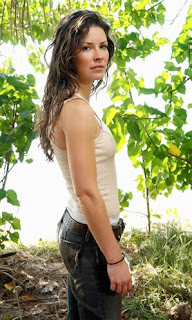 Hey there, everyone. I'm writing this post Monday morning while I am still waking up after last night's radio show. I had a pretty good show, I think. Lots of new stuff this week: Wombats, Black Francis, French Kicks, American Princes, and Gossip, plus I threw in a classic Minutemen cover from Overwhelming Colorfast. I felt a little restrained since the station's program director was there, but she left me to my own devices, so I was basically my normal self.

Speaking of Overwhelming Colorfast, I finally conducted my interview with Bob Reed last night for the podcast. We had a number of "mis-communications" which resulted in a couple week delay in completing the interview. Turns out, he had forgotten about the interview (again), but was able to do it last night anyways. I will hopefully have the next podcast done by this weekend. Cross your fingers. He also offered to help me get in touch with some of the other bands I wanted to include in my current series of shows but had trouble reaching. Yeah.

Besides all of that, I have been obsessively watching the show Lost on DVD. I missed out on the show when it first started in 2004, and ever since then, have not been able to understand what was going on whenever I tried to watch it. Most of my friends watch Lost, but I was not among them. Now the last thing I really need is yet another TV show to watch, but with Netflix I can get one disc at a time, and watch at my own pace. So far, I am really digging Lost. 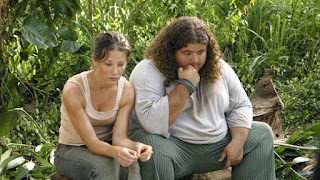 I'm still only in the first season, so don't anyone spoil anything for me. I'm having a hard enough time knowing what's going on as it is, so I don't want any additional confusion. And how did I miss out on Evangeline Lilly? Damn! Anyway, give me a few months and I'll be caught up to the current season. Then we can discuss the show.

Let's see, what else. Not too much, I guess. I've re-instated my boycott of television news, and will only watch tomorrow night's Pennsylvania primary returns and nothing else. I decided to re-boycott the media after watching Chris Matthews' embarrassing guest appearance on Bill Maher's show last Friday (watch the video). Matthews proudly confirmed all of my worst suspicions about the media: that wealthy, white, elitist journalists get to decide for everyone else what is "acceptable" political discourse and who average voters think is "one of them."

That was Matthews' whole pitch: That he understands small town, economically depressed voters (because Matthews $5 million salary makes him practically "one of them"), and he knows they won't vote for Barack Obama. Why? Because he (Obama) has the audacity to imply that those who have gotten the shaft economically might actually be pissed about it. According to Chris Matthews and the media elite, people devastated by factory closings, job outsourcing, and depressed wages should be happy for their lot in life -- "real" Americans are happy all the time, no matter what. It was so ridiculous that if it had been a show other than Maher's, I would have turned it off in disgust.

Not much this week in terms of bands I plan to see. I might check out Neva Dinova on Thursday at Waiting Room. The show will be packed to the gills, so I will have to see how I feel on Thursday before deciding for certain if I will attend. (Tim at Lazy-I has a nice feature story on the band here) I guess a week off from concerts will free me to actually finish my next podcast.

Man, I've been dialed into Lost since jumpstreet and it's never let a brother down - it just stays deep. I'm doin' the same DVD thing with 'Prison Break'. I'm diggin' that bad boy too. I've also heard nothin' but good things about 'The Wire' so that's up next once I get caught up on PB. Enjoy Lost, homey. You won't regret the time investment.