Weekend Update and a Little Extra Thrown In 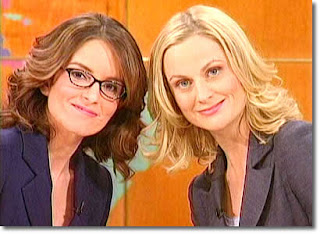 Yeah, I know. My postings have been a bit on the light side lately. It's not like there isn't a lot to write about, what with the presidential election and all. But, I just haven't been feeling it, you know? Someday soon, I'm sure I'll feel like weighing in on the Clinton/Obama race, the Jeremiah Wright "controversy," John W. McCain's inability to understand who we're fighting in Iraq after more than five years, and the US recession. But not now.

Let me tell you about what I got in the old hopper for this weekend. Tonight, I am planning on going to Waiting Room to see the band Headlights. Opening the show are some band called Evangelicals, which I know nothing about, and Honeybee, who were just added to the bill at the last minute. I've played Headlights on my show a couple of times, and they seem like a decent female fronted indie pop band along the lines of The Oohlas.

Tomorrow I need to get crackin' on research for my next two podcasts. As I mentioned yesterday, I just lined up two interviews for my series on the best forgotten 90s bands. I talk to Madder Rose early next week, and Overwhelming Colorfast a few days after that. I want these shows to be great, so I need to get the most out of the interviews. I have to admit that though I know a decent amount about both bands, there is a lot more I need to learn prior to talking to them. I also need to listen to Madder Rose's final album from '99 which I have never heard. Might be nice if I listened to it before the interview.

I just signed up for Netflix this week (got a free trial when I ordered a pizza the other night), and already got my first two DVDs. I watched American Hardcore last night (decent film, but left out a few artists), and will try and watch An Inconvenient Truth this weekend. Believe it or not, I still have not seen it. All the talk about Al Gore coming in to save the Democratic party from implosion made me realize that I never saw his movie. I don't need any convincing about global warming, but I should still get something out of it. 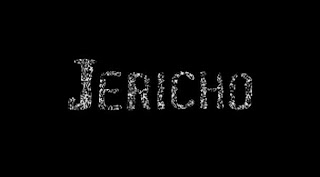 Oh, yeah...I forgot to make any postings about the end of Jericho. I thought the ending was okay, but obviously, the writers had about a million loose ends to tie up in a single show. That meant that plenty of issues were never adequately addressed. I do think that the issue of whether or not Hawkins was truly a "good guy" was settled. He was. For him, the mission was everything, like he said. He was willing to risk it all - his life, his liberty, his family - to stop the final nuclear bomb from detonating in Cheyenne, and get the evidence to Texas.

Unfortunately, for the sake of expedience, they really didn't cover much of Jake and Hawkins' trip to Cheyenne. The reality of it is that they would have had a very difficult time getting around with all of the checkpoints and whatnot. Since the Cheyenne government sent notice to the military that Hawkins was a terrorist, he would have been arrested on the spot. Plus, they seemed to figure out where the bomb was in an awful hurry. Strange, though, that Hawkins knew so much, yet didn't anticipate "Mr. Smith" showing up to steal the bomb so it could be detonated. Hawkins was usually on top of things, so the fact that he was caught off guard and shot was surprising to me. 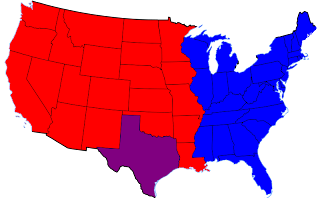 Also, the ease with which Jake and Hawkins were able to get to Texas seemed a little unbelievable to me. They got the bomb to Texas' embassy in Cheyenne (sovereign Texas soil) easy enough, but don't you think Cheyenne's troops would have entered the embassy grounds if the government's very existence depended on it? I mean, they have already nuked 23 cities and reformed the government, do you think they would sweat a diplomatic dispute? And since when does it only take an hour to fly from Cheyenne, Wyoming to Texas? Isn't it longer than that?

I pretty much figured that Col. Beck would come around and see that the Cheyenne government was corrupt. I wonder how many other military men currently loyal to Cheyenne would have come along, too. I guess that is a question that will remain unanswered unless someone else picks up the series. Though the writers did take the show to a logical endpoint (Jake makes it to TX, Cheyenne is exposed, Jericho's rangers are free) there is plenty of other ground to cover if the series continued.

There would be a war between the eastern states (the remnants of the old govt) along with Texas (who aligned with the eastern states) and Cheyenne's Allied States of America. It would, in effect, be another US Civil War. It would be interesting to see how the citizens of Jericho sorted out their respective loyalties. But, it's likely that we'll never know as it doesn't seem that the show will get picked up. The first season is now being aired on Sci-Fi Channel and Universal HD. If you haven't seen the show, try and catch it from the first one. It really was quite good.
Posted by Dave Splash