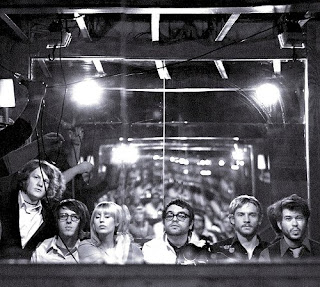 Lincoln, Nebraska's fantastic Eagle*Seagull have just released a new 5-song EP called I Hate EPs. The album is available in a limited edition vinyl format that can be purchased directly from the band, or bought digitally on itunes.

Yesterday on Lazy-i, Tim reported that the E*S record is limited to 500 copies, and each features a hand screened cover. The digital version of the release features three additional tracks. E*S also said they will have a new full-length album out soon on a new label, but did not give any additional details. (I heard a rumor that it was the label owned by Starbucks coffee. I'd hate to have to go to Starbucks to buy a CD, but for Eagle*Seagull, I guess I could make an exception.)
Posted by Dave Splash