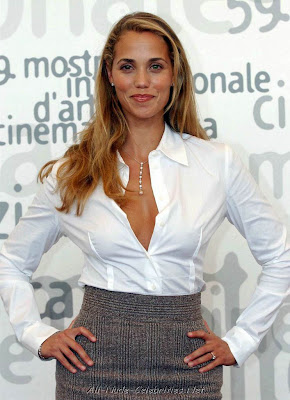 I admit that I have probably seen every episode of Saved By the Bell. Sure it's cheesy, but there is something strangely addicting to the show. If I am flipping channels in the morning and it's on (which it often is), I usually stop and watch for a few minutes. Most of the guys I knew who watched Saved had a little thing for Kelli Kapowski (Tiffany-Amber Thiessen). Not me. It was always the tall, brainy Jessie Spano. And now, all these years later, check out Elizabeth Berkley! How does she not get more work in Hollywood?