Will Anything Get Me Out of The House This Week?

I have been a serious homebody the last few weeks. I mean, I have not been going out for any reason besides work. Since the Daniel Johnston show, I have been laying extremely low. I have a feeling that will change in the upcoming weeks.

Before I get to that, let's catch up with what I have been doing while spending so much time at the homestead. I started watching a new show (well, new to me) -- Jericho. It is pretty interesting. The show is about the aftermath of a nuclear attack on the United States. It focuses on the small, Kansas town of Jericho, which was neither hit during the attack nor affected by fallout. The town is cut off from the rest of the world (since most communication nationwide has been damaged) and is forced to deal with the new reality they live in. That reality includes a country with no central government (23 bombs hit inside the US destroying places like DC and LA), no electricity, and no law and order.

I find the show fascinating. It would be such a bizarre situation to be - in a sense - thrown back 100 years. The residents of Jericho have to deal with dwindling food supplies, refugees from other towns, and the general lawlessness of the new world. The show was apparently canceled after one season, but a letter writing campaign brought the show back for a second. The Universal HD channel ran a marathon last week, and I got hooked. 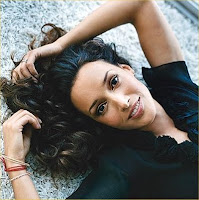 I am also hooked on the lesbian soap opera, The L Word. At some point I will have to go back to earlier seasons (this is the 5th) and see the origins of the show, but for now, I am totally digging this new season. My favorite character is Bette (Jennifer Beals), with Jenny (Mia Kirshner) coming in a close second. This is, no doubt, due to the physical attractiveness of both, and not to their characters' personalities (especially in the case of Jenny who is a ridiculous beeyatch on the show).

The show is pretty high on drama and sex, but also tackles some more serious topics like gays in the military, transgenderism, "outing" people, and other issues of importance in the gay community. Not being a lesbian, of course, I don't know how accurate this portrayal is, but it makes for good TV regardless.

On the music front, I picked up the new CDs from Bob Mould (District Line) and Drive-By Truckers (Brighter Than Creation's Dark). I premiered cuts from both on my show last night. I've been a Bob Mould fan for so long, it's hard to remember when I wasn't. The new album is being hyped as Bob's "return to form," though this is not the first time that marketing concept has been employed. You won't mistake this new album for Hüsker Dü or Sugar (or Bob's first solo LP, Workbook), but at least he's no longer doing electronica.

Drive-By Truckers are freakin' amazing. I have only recently started getting into them, though they have been around for more than a decade. The Athens, GA band is like a modern day Replacements with a slight Southern twang. DBT lives the hard partying, hard drinking lifestyle of the legendary 'Mats, but being from the South, they have been impacted by their proximity to the "bible belt." They are playing here in Omaha on the 25th, and I am very much looking forward to the show. 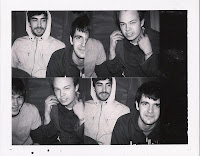 Which brings me to the original point of this posting - getting out of the house. Prior to the Drive-By show, there are a couple of artists I am thinking about braving the weather in order to see. This Thursday, Feb. 21, I plan to see Omaha's newest buzz band, Capgun Coup. Their CD is pretty good, but I hear they put on a pretty memorable live show. Tickets are $7 at the door.

Saturday night is Canadian singer/songwriter Basia Bulat. I have heard good things about her, but have yet to hear any actual music. Eli from the band Eagle Seagull will be doing a solo set to open the show, same with someone from Coyote Bones. The show should be good, and a friend of mine is supposed to be bringing a group of Israeli dancers down to the show who are traveling across the country. Israeli dancers? Definitely worth my time.
Posted by Dave Splash

I agree - I've been a total hermit. I think the main reason is I just got over a raging sinus infection. I'd like to check out Basia Bulat, especially since I love Eagle*Seagull.

Also, if you're looking for something to do, the Omaha Film Festival is going on. I'd like to catch a few shows this week.