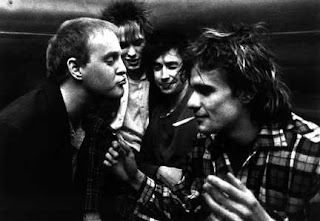 (Filter) Rhino has confirmed a long-rumored re-release for The Replacements Twin/Tone catalog, with each album decked out with unreleased tracks and home demos that even the most ardent ‘Mats bootleggers won’t have. 1981's Sorry Ma, Forgot To Take Out the Trash, 1982’s Stink EP, 1983's Hootenanny and 1984's Let It Be will all be released on April 22.

The label also confirmed that the band’s later output for Sire will be also be reissued later this year with similar unreleased gems from The Replacements’ vaults.