For Huckabee It's Much Less Than a Feeling 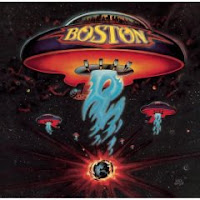 Boston (the band) leader Tom Scholz has told Mike Huckabee to stop using his song, "More Than a Feeling" at his campaign events. "Boston has never endorsed a political candidate, and with all due respect, would not start by endorsing a candidate who is the polar opposite of most everything Boston stands for," wrote Scholz, adding that he is supporting Democratic Sen. Barack Obama.

“By using my song, and my band’s name Boston, you have taken something of mine and used it to promote ideas to which I am opposed. In other words, I think I’ve been ripped off, dude!”

I wish I had some Boston in my collection. I'd like to listen to "More Than a Feeling" in Scholz's honor. I guess I could turn on Z-92 (our classic rock station). I'm sure it would come on within a half hour.
Posted by Dave Splash

Hey, "Don't Look Back" would be a pretty rockin' campaign song for Obama!