The 1980s Return To Oklahoma

For just $325 you, too, can re-live the hair metal heyday of the 1980s at the 2nd annual Rocklahoma Festival. On March 4, reality TV star and sometime lead singer of Poison, Bret Michaels, along with a reunited Warrant (Whew, glad they are back. What would a festival of washed-up butt rockers be without the guys who brought you, "Cherry Pie") will hold a press conference to announce the line-up and all of the details about the successful oldies review.

The festival, which will also feature performances from Vixen, Krokus, and Tora Tora to name a few, is scheduled for July 10-13, 2008 in Pryor, Oklahoma. 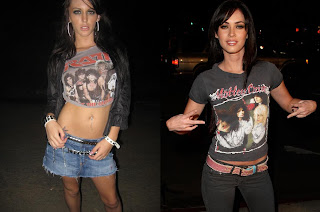 Oh yeah, the metal chicks are definitely hotter and dumber!