It's no surprise that the Far Right is populated with homophobes. But the publicity surrounding Heath Ledger's death has taken this hatred to a surrealistic new level. First off, FOX douchebag John Gibson goes off on a ridiculously stupid rant just hours after the news of Ledger's death was announced. Then Fixed News started running stories such as "Ledger's Death - A Wake Up Call for Hollywood?" - even as the reports on the events surrounding his death (the apartment was owned by one of the Olson twins! - Wait - no it wasn't. Pills were spilled all around! - Wait, no they weren't - scratch that! Illegal drugs were found in the apartment! Wait...sorry...my bad - no there were no illegal drugs found.)

Then Fred Phelps vowed to take his spawn up to New York and protest the funeral of an alpha-male character who played a fictitious character.

Then, things get weird. 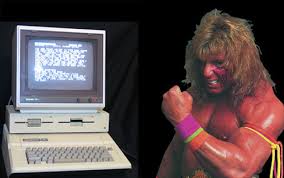 Wrestler Ultimate Warrior posts a weird ass, rambling remark on his blog about Heath Ledger's death. One memorable quote: "His kid is without a father, yes, but the negative influence is now removed and his own child has the chance for a full recovery."

Apparently, Heath was taking the wrong drugs. If he used steroids, well, then, you're cool.

Finally - fresh the Limbaugh site - the early review of the Rambo movie.
Special highlights: "Rambo schools some liberal do-gooders on evil" and "Yes, you do need to see this movie."

Awesome - a lead foreign policy also leads the pack of the Five Most Ill-Conceived Action Figures ever made.

Rush must be back on the Oxy.