Will Jessica Simpson Get Naked To Be A "Serious Actress" 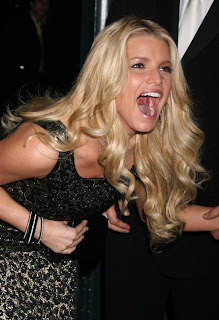 According to an English website called Female First, Jessica Simpson is in the running for a "serious" acting role - the kind that would erase any doubt as to whether she is a real actress. There is one catch. "The only hitch is that the script requires a number of quite graphic scenes including a full-frontal nude scene. Jessica is so desperate to land the role and get the industry's respect that she's ready to go against her better judgment, and her family, by agreeing to bare all."

I say if it will put all the rumors about Jessica's lack of talent to rest, then she should go for it.
Posted by Dave Splash

Good heavens... it will be a MUST SEE film if it happens!!!

Sounds like a reason to get a Blu-Ray machine!