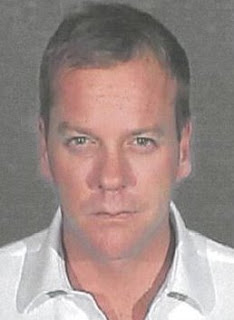 Top CTU agent Jack Bauer has reported to jail to begin serving his 48 day sentence for driving while intoxicated. He will be residing at the Glendale City Jail. Agent Bauer turned himself in earlier than originally expected due to the writer's strike shutting down production of his show. Wait...what?

Meanwhile, Jack's daughter recently cut her hair and began wearing looser clothing in an attempt to appeal to those who like women who look like 12 year old boys.
Posted by Dave Splash

Geez, I hope they don't torture him!