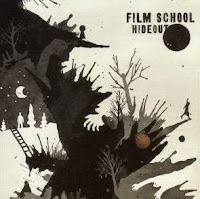 39. Film School - Hideout (Beggars Banquet). I was a little bit let down by the newest CD from San Francisco's hauntingly psychedelic Film School. Their previous disc was my #19 last year. Still, I see this as a transition record, and hopefully, the next one will fully realize what they are truly capable of.

38. The National - Boxer (Beggars Banquet). Though it is unfair to do so, my feelings on this Brooklyn-by-way-of-Ohio band changed when I saw them live this year. They changed for the worse. Maybe it was just an off night. Still, it's hard to knock a band when they make an album as dark, moody, and ultimately rewarding as this one.

37. The Go! Team - Proof of Youth (Sub Pop). Everything about The Go! Team screams "good time" and the band's second CD screams it just as loud as the first one. These guys mix retro soul, hip-hop, early 60s pop, and punk rock into a thoroughly enjoyable mix. Public Enemy's Chuck D guests on one track, as well. 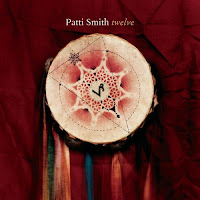 36. Patti Smith - twelve (Columbia). Twelve is an all covers album from the godmother of punk, Patti Smith. Her choices are quite varied, as she records songs by Paul Simon, Nirvana, The Doors, and many others. Her voice sounds as great as ever, and she makes many of these tunes seem like her own. This CD would make a great gift as it has a little something for everyone.

35. Robert Pollard - Coast To Coast Carpet of Love/Standard Gargoyle Decisions (Merge). Former Guided By Voices front man, Robert Pollard released two new solo discs on the same day this year. To me, the two discs are indistinguishable. If you have liked Pollard's music in the past, I imagine you still will.

34. Interpol - Our Love To Admire (Capitol). Early supporters of Interpol have been claiming for years that the band has not been able to live up to the greatness of their debut CD. In many ways, that is true. But perhaps, those early fans need to let go and accept the fact that Interpol is still a great band. Our Love To Admire is not better than the debut, but it is better than 99% of the rest of the shit out there, so get over it.

33. Tegan & Sara - The Con (Vapor). The identical twin duo, Tegan & Sara get a lot of attention for things other than their music, which is unfortunate. Even a casual listen to The Con will tell you that these two sisters are pop song masters with heartfelt, emotional lyrics that are neither heavy handed nor cheesy. Not sure why this record did not do as well as the last one, considering "Back In Your Head" is as good a song as anything they've ever done. 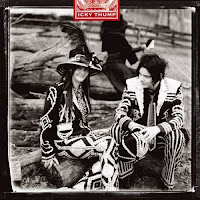 32. The White Stripes - Icky Thump (Warner Bros). Once the White Stripes became mega stars, I essentially "let them go." I still bought the CDs and I still enjoyed them, but as far as active fandom goes...there wasn't any. I figured that the mainstream needs something good. The Stripes are it. Icky Thump is a solid record, and the title track is amazing. I've just kind of moved on.

31. Bjork - Volta (Elektra). The reviews were mostly negative regarding Bjork's latest album, Volta. I thought it was pretty decent, actually. Bjork is a strange woman, and her music has always taken a few listens for me to appreciate. This album is no exception. Tracks like "Wanderlust" and "Declare Independence" rank up there among her best songs.
Posted by Dave Splash

I very much agree with you on the Film School and Patti Smith cds.

She's a great interpreter of other people's songs. Plus I thought the production on Twelve was amazing.