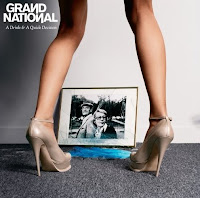 30. Grand National - A Drink and a Quick Decision (Recall). The members of Grand National started their careers as a Police cover band, and elements of that band's intricate pop sound are present in Grand National. But these guys also add hints of electronica, and other more modern sounds to make it more relevant to today's pop music fans. Lyrically, they possess none of Sting's pretentiousness, however.

29. Bloc Party - A Weekend in the City (Vice). I was an early supporter of Bloc Party when their debut EP came out in late 2004. In fact, I played them on my first ever radio show. However, I was slow to embrace this new CD. I have finally come around, and realize that though the band shed some of its Gang of Four punch, the moodier, more Radiohead-like tunes from the new CD are just as enjoyable after a few listens.

28. The Eames Era - Heroes and Sheroes (self released). This Louisiana indie pop band has a bit of a smart ass streak in them, and I find it totally appealing (Check out "Fake Do-Gooders" or "Teenage Meth-Head"). Heroes is the band's second full-length, and is an improvement over their excellent debut. If catchy indie songs sung by a woman is your thing (think Tuscadero with much better playing), then check these guys out. 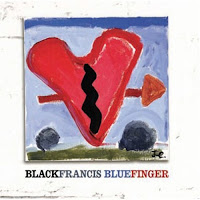 27. Black Francis - Bluefinger (Cooking Vinyl). Since the Pixies could not get their act together long enough to make a new album, Frank Black decided to revert back to his old Pixies moniker and record the songs that he would have used for his own album instead. Bluefinger is hardly a new Pixies record, but listening to excellent songs like "Captain Pasty" or "Threshold Apprehension" make me wish the band had at least tried to make new music.

26. LCD Soundsystem - Sound of Silver (DFA). Like Interpol, Arcade Fire, and Bloc Party, LCD Soundsystem debuted with such a strong album that fans will forever argue whether it could be topped. I won't try and argue either way on this one. Sound of Silver is a fantastic album - a dance music trip through the best British music of the 80s. "All My Friends" is one of the best singles of the year, and Franz Ferdinand's guitar-driven cover of it only made me appreciate it more.

25. Queens of the Stone Age - Era Vulgaris (Interscope). I kind of assumed that QOTSA would fade into oblivion after the disappointing Lullabies To Paralyze. It was sad, because Queens had been favorites of mine for a number of years. But much to my surprise, Josh Homme and whoever else makes up the band these days, have made a new album that lives up to the Queens celebrated legacy. The first single, "Sick Sick Sick" is amazing, and after seeing the band perform "Misfit Love" on the Henry Rollins Show, I realized how great the rest of the tracks are, too. 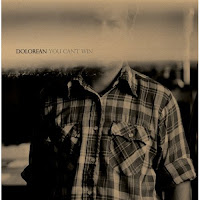 24. Dolorean - You Can't Win (Yep Roc). Dolorean, for those that don't know, is the Portland based band fronted by singer/songwriter, Al James. James writes songs that are dark, introspective, and very intense. His band fleshes out his songs with stark guitar and piano arrangements, that could put the band in the "alt-country" category created by Uncle Tupelo in the early 90s. If you're a Tupelo fan, and you haven't heard Dolorean, I may have just found a new band for you to like!

23. Yeah Yeah Yeahs - Is Is EP (Interscope). I was never much of a Yeah Yeah Yeahs fan before, but for some reason, I really connected with the five songs on this EP. No real stylistic breaks from previous recordings, but the tunes had an edge that I found lacking on their older stuff. 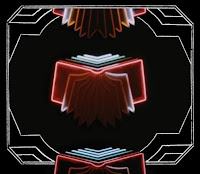 22. Arcade Fire - Neon Bible (Merge). The most celebrated and hyped indie rock band of 2005-06 returns with the follow-up to its nearly perfect debut, Funeral. Before it was even released, the indie blog vultures were already declaring the album a dud, and Arcade Fire over. But that must have been before anyone heard Neon Bible, because if they had, they would not have been writing this band's obituary so soon. Arguing over which album is better is a dumb argument. It's like trashing Tim, while arguing that Let It Be is the superior album (that is a Replacements reference in case you didn't pick up on that). They are both great. Why argue over which one is better?

21. Two Gallants - Two Gallants (Saddle Creek). Because the San Francisco duo Two Gallants are a guitar and drums only band, they have incorrectly been lumped together with artists like White Stripes or Black Keys. The Keys comparison is okay, but Two Gallants are much more of a folk and delta blues mix than anything resembling White Stripes. As you might imagine from a band that takes its name from a James Joyce story, the songs' lyrics resemble old time storytelling - vivid descriptions of life in the old south or the old west, written as though these guys actually lived during those times. Though fellow Saddle Creek artist Bright Eyes is compared to Bob Dylan a lot; from a lyrical standpoint, I think Two Gallants are much closer.

The rest of the list will be coming next week, along with a podcast featuring songs from all 20 releases. Stay tuned...
Posted by Dave Splash