With it being the end of the year, a bunch of know-it-alls like me tend to re-cap the previous year with a series of "best of" lists. For me, I only do the best albums of the year. I have compiled a list of 50. I will be splitting it into a couple of postings, with more in-depth reviews for the Top 20. For the bottom 30, I'm just going to give you a sentence or two. Here we go: 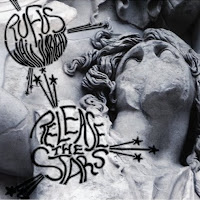 50. Rufus Wainwright - Release The Stars (Geffen). Wainwright's single "Going To a Town" is my vote for song of the year. Unfortunately, he wasn't able to capture the intensity of that song throughout the album. Still, he is a very unique artist in this era of manufactured pop stars.

49. Minus The Bear - Planet of Ice (Suicide Squeeze). The progressive, indie band from Seattle's third album is its most straightforward record -- no funny song titles, no instrumental freak-outs. Still, their unique sound has not lost any of its appeal.

48. Mark Ronson - Versions (RCA). Ronson is a British DJ who has gotten a reputation for re-working a wide variety of songs - from Bob Dylan to Britney Spears. The album features guest appearances from folks like Amy Winehouse and Lilly Allen. It's a fun listen. 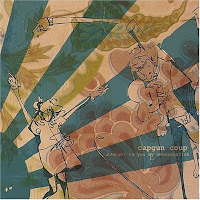 46. Capgun Coup - Brought To You By Nebraskafish (Team Love). Don't spend a whole lot of time worrying about what a "nebraskafish" is. I doubt there is one. Capgun Coup is the latest in a string of Omaha bands melding punk rock and folk music into a bizarre new form of indie rock. This is a strong debut, and I look forward to hearing what these guys do in the future.

45. Menomena - Friend and Foe (Barsuk). This Portland band combines Peter Gabriel-era Genesis with 90s psychedelic music (a la Mercury Rev). It's a very interesting combination, even if it gets a little tiring after a while. The CD boasts the best artwork I have seen on an album in many years.

44. Via Audio - Say Something (Sidecho). Great new indie band from NYC that captures the best elements of Spoon and Death Cab For Cutie. Spoon's producer was at the helm for this record, too. 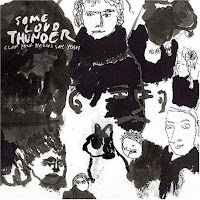 43. Clap Your Hands Say Yeah - Some Loud Thunder (self released). The initial "blog buzz" band followed up their stellar debut with a slightly less stellar new CD. Slightly. I'm not sure why someone who liked the first one would not like this one. They seem pretty much the same to me.

42. The Rentals - The Last Little Life EP (Oompah). Matt Sharp (ex-Weezer) reformed his moog-heavy pop band, The Rentals, after an eight year hiatus. The line-up is a little different, but the overall sunny pop feel remains. These songs were intended to be demos for a future full-length CD. I look forward to hearing the entire album.

41. Scissors For Lefty - Underhanded Romance (Eenie Meenie). Fun. Catchy. Quirky. That might be all you need to know about this SF band. The album's production is a little too slick for my taste, but the songs are so strong it hardly matters. I like the name of the band a lot, too.

40. 1990s - Cookies (Rough Trade). This new Scottish trio is in the vain of bands like Arctic Monkeys or Franz Ferdinand, but I like 1990s better than both of them. Maybe it's because they did a promo for my radio show or maybe because songs like "Cult Status" and "You're Supposed to be My Friend" are a cut above those of their peers.
Posted by Dave Splash