The Worst Piece of Free Advice Ever 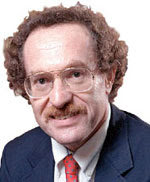 "Prominent" attorney and law professor Alan Dershowitz has offered up some free advice for Democrats running for president -- endorse torture. Dershowitz, a lawyer for O.J. Simpson in his murder trial, has stated in his op-ed in the Wall St. Journal that Democrats who do not endorse torturing terrorism suspects will lose in 2008 because they will look weak on national security. But what about the fact that most military experts and psychologists say that torture does not work? That the person being tortured is more likely to lie in order to make the torture stop? That the loss of the moral high ground the US has enjoyed by not torturing people will be detrimental to the nation in ways too many to count? That this will give other nations the green light to torture captured Americans? Nonsense, says Dershowitz. Torture works - ask the Nazis!

"There are some who claim that torture is a nonissue because it never works--it only produces false information. This is simply not true, as evidenced by the many decent members of the French Resistance who, under Nazi torture, disclosed the locations of their closest friends and relatives."

Dershowitz has lost his fucking mind! Is he really saying that to win the "war on terror" that we must emulate the Nazis? The worst, most vile regime in the history of the world? How could this possibly be a good idea? Alan, stick to defending murderers like O.J. and leave foreign policy to those with a conscience and a sense of history.
Posted by Dave Splash

The Dersh has been out of his mind for a hell of a long time. What...you just noticed or something???

I guess I have known this, but to endorse a policy as effective because the Nazis were supposedly successful at it is shockingly nutty. Thanks for the advice, buddy, but perhaps Rudy Giuliani would be more interested in stuff like this.