Winona Ryder Is a Vulcan? 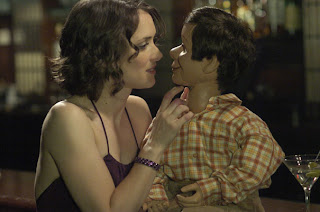 Winona Ryder has just been cast in the next Star Trek movie as the mother of a young Mr. Spock. The movie is due out in December 2008. I have read that she will be a Vulcan in the movie. However, wasn't Spock's mother a human? I'm not the biggest Trek fan, but I feel like I remember Spock being of "mixed" parentage.

Either way, there will be one more reason for nerds to obsess over Winona.
Posted by Dave Splash