Music Industry to Artists: You Need To Work Harder 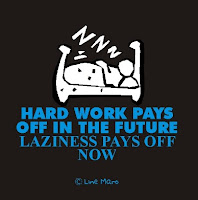 This is rich. The new president of EMI Music claims the problem with the music industry is that the artists don't work hard enough. He even said the following, "Some [artists] unfortunately simply focus on negotiating for the maximum advance." Hmmm, an artist looking to get the best deal for him or herself is a problem? Has anyone ever read a major label contract? The entire thing is a way for the label to make money at the expense of the artist. This guy is unbelievable.

(BBC) The new owner of the music group EMI has said some of its artists are not working hard enough and its labels will become more picky in future.

In an internal memo obtained by the Financial Times, Mr Hands set out his plans for the future of EMI.

"Some [artists] unfortunately simply focus on negotiating for the maximum advance," he said.

Unlike the investment banking world that Mr Hands is more used to in which bonuses are linked to performance, advances are paid to artists regardless of the success of their albums - "advances which are often never repaid", the memo bemoaned.

Mr Hands said that eventually it would "be open to us to choose which artists we wish to work with and promote".

No specific artists were named in the memo and it added that "many spend huge amounts of time working with their label to promote, perfect and endorse their music".

Mr Hands also plans to find better ways to reward executives and encourage them to work together.

He blamed the current situation on "a compensation and management system put in place over the last 20 years which does not encourage the right behaviours or reward the right actions".

One of the low points for EMI came in 2001 when it paid £19m to get out of a contract with Mariah Carey, one album into a five album deal.

Ms Carey went on to have one of the top-selling albums of 2005 with EMI's rival, Universal.
Posted by Dave Splash