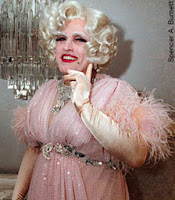 (Politico) Per the Jewish news service JTA, top Giuliani aide Ken Kurson told a Jewish audience last night in New York that if Bill Clinton was "the first black president," than the former New York mayor would be the first Jew to reach the White House.

Kurson was referring to Giuliani's support among Jews in New York and, presumably, his backing of Israel.

The aide, who co-authored "Leadership" with the former mayor, also noted that he's a proud Jewish gun owner.