Who's Ready For Battlestar Galactica? 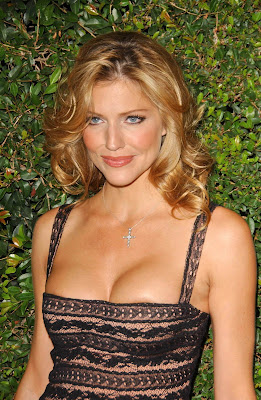 The big media push for the new season of Battlestar Galactica has begun. You can tell because cylon super-hottie Tricia Helfer is getting her picture on all of the paparazzi websites. I'm psyched about the next season.

Battlestar Galactica: Razor, which is a film detailing the time before the Pegasus met up with Galactica after the initial cylon attack, could be interesting. It is premiering in November. However, I am more interested in the current timeline of the show. Still, a copy of Number 6 (Helfer) was on board the ship, so at least she will be there!
Posted by Dave Splash