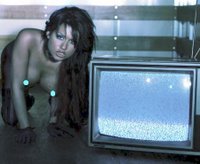 You can tell that I have no life because many of my postings of late have been about all of the TV I have been watching. Oh well, what can I do. My life involves work, going to concerts, and watching TV. Would you rather I wrote about how I slept the night before? I thought not.

I caught the second episode of The Bionic Woman last night. I was not overly impressed. The pilot was great, but like with too many shows these days, the rest of the episodes do not deliver. I thought the "mission" Jaime was sent on was ridiculous and far-fetched; and since she has been a top secret agent for all of two days, it seemed even more implausible that she would have been sent along. The fight training she received prior to the mission was stolen straight out of The Matrix. I am not ready to write this show off yet, but it needs to get better. They need to tighten the stories up a bit. They have already added a new character in the form of the black guy that got kicked off of Grey's Anatomy for calling a co-star "faggot" -- Isaiah Washington. He was okay, I guess, but I don't fully understand what his role is supposed to be. Hopefully for him, he won't get fired from another show for being a jackass. Only time will tell, I guess. 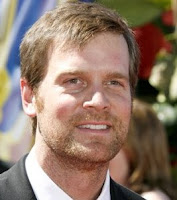 I have a three word review for the new Peter Krause show on ABC, Dirty Sexy Money: super fucking lame. What an idiotic show. Krause is one of the best television actors out there, and he usually chooses roles carefully (he starred in two of my all time faves: Six Feet Under and Sports Night). This time...not so much. Krause plays an attorney for an obnoxiously rich family (think the Hiltons - as in Paris Hilton), and his job is essentially to babysit all of the eccentric douchebags that make up the family ranks. The show sucked from start to finish. I won't be watching that one again. NEXT!

Krause's former co-star in Six Feet Under, Michael C. Hall, is doing much better with his choices. He stars in Showtime's Dexter. I have written about this show before, and about how totally original and great it is, so I won't blather on here. The new season started last weekend, so it is fresh in my mind. Truth be told, I had already seen the first two episodes of the new season a few months ago online, so last Sunday's show was not "new" to me. Still, Dexter is far and away one of the coolest shows currently on television, and it was good too see it in hi-def. I actually subscribed to Showtime just so I could see this show. It's that good. 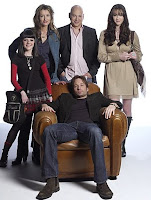 And I'm glad I did because now I am able to see Californication. This is David Duchovny's new show where he plays a writer who has issues with his young daughter, his ex-girlfriend, his recently deceased father, and pretty much any hot woman who crosses his path. I like Duchovny's character in this one, and fortunately for him, this is not a science fiction show. His roles on X-Files and Twin Peaks have made him a sci-fi favorite, but this role should help him get past all that (not that he really needed to).

Duchovny's character, Hank Moody, is one of those hip, beatnik-types who writes about his life, his loves, and his appetites (both for sex and drugs). He manages to land a number of incredibly sexy women, including his ex-girlfriend on the show (played by Natascha McElhone), the teenage daughter of his ex's new fiancee, and some sexy surfer girl he picks up in the liquor store (played by Michelle Lombardo, who was Billy's girlfriend on Entourage, and I love that chick!). Californication has lots of sex, lots of drugs, and plenty of drama, as well, when Hank tries to be a better father than he has been to his daughter who wants to be more involved in his life. There are a lot of layers to this show, and I look forward to the continued exploration of these characters. This show is right up my alley, and I'm glad I have discovered it.

I have yet to see any of the other Showtime original shows, but will try to squeeze them into my busy schedule.
Posted by Dave Splash

Californication is great. Duchovny was smart to hold out for something this smart.