Bill Maher Did The Right Thing 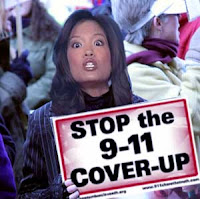 Did anyone catch Bill Maher's show last Friday night? The live, east coast edition? The one with all of the 9/11 conspiracy nuts that kept shouting and interrupting the show? My god. I thought Bill Maher was going to shoot somebody! It is sometimes easy to forget what can happen with live TV.

These cranks are upset because of some things Maher said a few weeks ago, where he completely dismissed the rantings of rapper Mos Def, who among other things, believes 9/11 is a hoax, the levees in New Orleans were blown up by the government to ethnically cleanse the city of blacks, and that the moon landing never happened. How is it possible to take someone like that seriously? I'm sorry, but not all opinions can and should hold the same weight. The 9/11 conspiracy stuff is silly, and it makes some on the left look crazier than the wingnuts that believed Bill Clinton was a drug dealer who had his opponents killed, or that Vince Foster was murdered because he "knew too much." Those people are crazy, and so are the 9/11 conspiracy people.

I, for one, am glad that Maher kicked those assholes out. Furthermore, one is not pro-Bush and Cheney if you don't believe in any of the ridiculous conspiracy theories surrounding 9/11. There was no controlled explosion in building seven. The administration did not know ahead of time and allowed it to happen. The Pentagon really was hit by a plane -- it was not some CIA trick. And flight 93 really did go down in Shanksville, after the passengers on the plane re-took control from the hijackers. It was not shot down.

Look, I am inclined to believe almost any terrible thing that critics of the Bush administration allege. The guy is the worst. The worst. I don't need to be convinced of that. And if this crowd was capable of pulling off some type of fake disaster to advance their agenda, I believe they would do it. But 9/11 happened the way it was reported. It is simply too big and too complex for the Bushies to be able to pull off. Sorry.

Will this put me at odds with some members of the lunatic fringe? Maybe. But I have not seen a single piece of convincing evidence that the events of 9/11/01 did not happen exactly as it has been reported. Maher did the right thing to kick those losers out. They made their point (as idiotic as it might have been), but then refused to shut up. I want change in this country, too, but all we will get is more of the same if these whackos are considered part of the dialog.
Posted by Dave Splash

Our government is so full of leaks, there's no way people could keep a secret as big as 9/11 under wraps. Besides, our government is so incompetent, it can't even get a half-assed rescue effort going in New Orleans three days after a storm struck - yet alone mastermind a terrorist attack on the financial epicenter of the U.S. It's sad with Mos Def - I lost a lot of respect for him.

I don't care what issue the disruptive audience members were yelling about...they were wrong to interfere with the show.

He should change his name to Mos Def Dumb and Blind.

The All Seeing Eye said...

You're so right. These nut-jobs need to be told they're wrong PBS' Frontline had a great show on how the World Towers came down (w/scientific facts).

Who needs facts when you have strongly held opinions!