U.S. Senate: You Are Pathetic

The United States Senate, the "deliberative body" of the Congress, just passed the most pathetic, waste of time and energy, distraction from the real issue bill -- a condemnation of an advertisement. It was condemning MoveOn's "General Betray Us" ad in last week's New York Times. An ad?! This is what can garner 72 votes in the Senate? It has not been possible to get the 60 votes needed to end GOP filibusters on ending the war in Iraq, but this stupid, meaningless, entirely political gesture passed 72-25?! What the fuck is wrong with you people?

I am beside myself that so many Democrats voted along with the Republicans on this one, and am upset that Senate leader Harry Reid even allowed it on the floor. Harry Reid, you are a joke, as are any Democrats who voted for this. This was another attempt to keep the public's focus on side issues rather on the real issue -- the war. You played right into their hands, Dems! And, this time, Karl Rove had nothing to with it. You suck.

What's next? A condemnation of Jessica Simpson for pretending to be drunk in front of an army recruiting office? Is that too disrespectful of the "troops"? 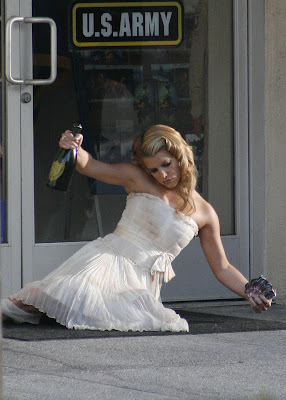