I Guess I'm Back

After an extended absence from blogging, I am back. I don't really have a ton to tell you all about what I did while I was gone. I didn't do too much to be honest, but I had absolutely zero interest in posting the entire time.

So let's catch up a bit, shall we? I am now a total fan of actor/writer Seth Rogen. I love this dude! He is one of the writers and stars in 40 Year Old Virgin, Knocked Up, and Superbad. All three of those movies are comic genius. It has been a long time since there was a good comedy out there that didn't star Will Ferrell or feature former cast members of SNL. I think it took seeing Superbad to truly appreciate his talent, but once I did, I now see his mark on all of those aforementioned films. 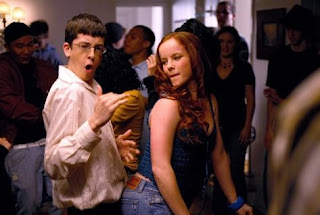 Bottom line is that if you can watch that McLovin kid from Superbad (above) without cracking up, you either have no sense of humor or your pet must have just died. The parts in Superbad with McLovin and the two cops (one played by Rogen) were some of the funniest things I've ever seen.

Moving on...A friend tipped me off to this brief clip of the newly reformed Van Halen during a rehearsal. I am so pumped for this tour. They look and sound like they are having an amazing time on stage. So great to see Eddie and Dave back together again.


In other music news, I have really been digging the new CD from Okkervil River, The Stage Names. I just saw them in concert last Friday night for the second time, and they were fantastic. The show was sold out, and there were still lines of people around the block. I think they might be on the verge of a breakthrough. I think that's cool, since I have been friends with the drummer for more than a decade. He's a great guy and I would love to see him "make it." Even if I didn't know someone in the band, I would still love them. Very few others are making music as smart and intense as Okkervil. Besides their new album, the new ones from Wilco, M.I.A. and Adam Franklin are getting massive amounts of play on my ipod. I just got the new Black Francis (aka Frank Black) last night, but I have barely previewed it. I'm thinking it could rank up there, too. I'm sure I am forgetting something.

Getting a new job and/or moving out of Omaha is still on my mind. Two of my best friends are leaving next month, and my "circle" is getting smaller. It's strange, I know tons of people in this town, and whenever I go out, I see all of my "acquaintances." But I would consider very few of these folks my friends. I could think of about 50 such people, and can honestly say that despite knowing some of them for years, I have never had a "serious" conversation with many of them. I think that's strange. I could blame them, but I know that often I present a somewhat aloof front that makes people think I don't give a shit about them. I do give a shit (most of the time), but I am not good at conveying that I guess.

I am considering going back to school, but at age 36, the idea seems a little difficult to fully embrace. I thought I was done with school ages ago! I know it is not unheard of for someone my age, but it is certainly a humbling proposition. Still, I am running out of acceptable career options, so school may be a real possibility. 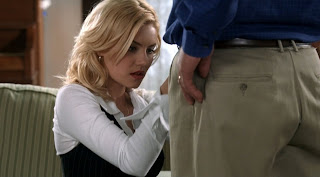 I will try to be more consistent with postings in the next couple of weeks.
Posted by Dave Splash