In the past several months we see an increase in traffic from countries that have no diplomatic ties with Israel including Iran, Iraq, Saudi Arabia, Kuwait and Egypt," Shahar said.

Due to the demand, Shahar added an Arabic version of the site. "We received many thank you messages from Arab surfers. Many of whom asked if the female soldiers really serve in the IDF," he said. 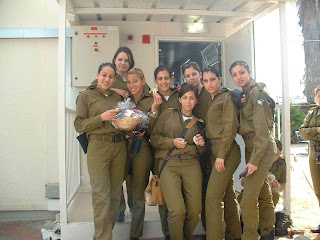 According to site statistics, last month there were over 2,000 hits from Riad, the capital of Saudi Arabia. The average time a Saudi surfer spends on SexV is 17:23 minutes.

Data also shows that 10 percent of the visitors to the most popular sex site in Israel, Domina, are Arabic speakers. "That is because we offer content in their language," said Tzahi who operates the site.

Nothing seems to stop the porn-consuming Saudi, not even technical difficulties: "In many places Israel is blocked, at times the entire suffix ".co.il" is blocked. Users connect through proxy servers and reach us that way," he said.