Slight spoiler alert. If you have not yet seen this week's 4400 or John From Cincinnati, then skip this positng...

I am really getting into the new season of The 4400. I've liked the show since the beginning, but there have been a few moments where I wondered why. I no longer wonder that now. The ramifications of Jordan Collier giving away those thousands of shots of promicin are beginning to show. Not only is promicin illegal, but it is now illegal for any of the original 4400 to use their abilities. Collier's talk of revolution and of changing the future has sufficiently scared the US government into cracking down on the 4400.

Since so many people took the illegal shot, there are new "enhanced" people emerging nearly every day. Last night's episode focused on a woman, Audrey Parker, who could astrally project herself anywhere in the world and remain undetected. She spends some time observing an aspiring artist with a conman for a boyfriend. She decides to confront the boyfriend (who is wanted in another state) and tell him that he will be exposed if he doesn't just pack up and leave town immediately. Audrey is killed later that night.

NTAC is called in, but due to Audrey's advanced age and infirmed condition, it looks like it may have been a suicide. What NTAC discovers is that Audrey was killed while she was in an astral projection. They learn this after a number of experiences where all electronic communication goes to static whenever they mention her case. Buried in the static was a message from Audrey stating that she was murdered.

Another storyline in last night's episode was the development of Kyle Baldwin's ability. Kyle took one of the illegal shots, but after a few months had not developed any ability. We learned last week that the mysterious woman who told him to inject his cousin with promicin to bring him out of his coma is not a real person. She claims to be his ability, and she is present to guide him in his role in Jordan Collier's revolution. She exposes him to the teachings of an obscure cult from the early 20th century that taught of a man with a magic elixir who came back from the dead and led a revolution that changed the world. The story sounds an awful lot like it was written about Collier, and the drawing in the book looks like him as well. Is it a prophecy? Kyle's mystery woman says he is to have the role of shaman who advises Jordan during the revolution. Kyle is skeptical, to say the least. 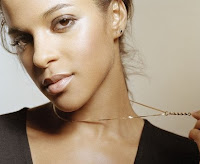 Kyle is then told to meet his "ability" at a downtown intersection in the middle of the night. When he gets there, no one else is around. But he then witnesses a car accident involving a police car. Emerging unscathed from the wreck is Isabel Tyler who was being transported to her new prison. Kyle working with Isabel? This cannot be good.

This season is totally engaging, and I cannot wait for next week.

Same goes for John From Cincinnati. There was not a whole lot of new information in this week's episode, but it was rather dramatic nonetheless. This week John was abducted by some thugs who thought he was making fun of them, so they attacked him (that is what thugs do I guess). They beat and stabbed him, and they left him looking rather messed up. A good samaritan gives him a lift back to Butchie's hotel, and discovers that all of his wounds have miraculously healed themselves.

While scouring the city looking for John, Butchie and Kai make something of a connection. Mitch and Cass also connected after Cissy and Mitch decided they needed some time apart. Cass has been a mystery so far. We know she works for Linc, but she is keeping her connection to him a secret. After successfully seducing Mitch, she is shown crying in her hotel room. Maybe her deception is beginning to take a toll. But what exactly is her angle anyways? We may never figure that out because after having a "John-inspired" vision, Cass kicks Mitch out of her room and invites John to stay instead. Linc fires her upon hearing this news. She did witness Mitch's levitation firsthand, and that may have had something to do with her change of heart. Confused yet? 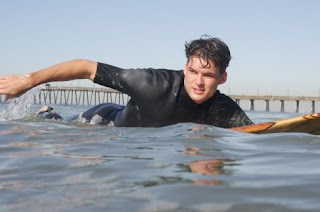 The doctor that tended to Shaun while he was in the hospital officially resigned. He appears to be so shaken from his experiences over the previous days, that his entire belief system is in chaos. He spends his time wandering around town looking for the various Yosts and making sure they are okay. But he seems content doing this. The doc realizes that John is the key to all of the strange events of the last few days and is very intrigued with him.

Email ThisBlogThis!Share to TwitterShare to FacebookShare to Pinterest
Labels: 4400, John From Cincinnati

I love the 4400. It seemed last season like it was going off the track a bit but it's great now that they're back to exploring the different people's powers. I think this show is far superior to Heroes.