Me and the Pumpkins 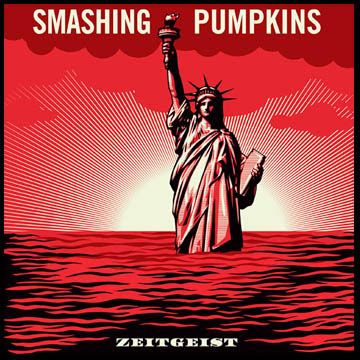 It's weird. I've always wanted to be a Smashing Pumpkins fanatic.
I love the band's name, I love Billy Corgan's attitude and I love
how he plays "alternative" hard rock. But up till now, I
couldn't say that much of their stuff really satisfied me outside
of "Tonight,tonight" and "1979".

However, I think the drought is over. Their new cd is really
fine from beginning to end. Corgan still sings like a cat
stuck on top of a hot radiator but the guitar playing and
songwriting totally make up for it. And some of the songs
are even vaguely political!

FYI, it's not really what most people would consider a reunion.
It's just Billy and the group's drummer. Apparently, putting
the name Smashing Pumpkins on the cover is just better for
business.
Posted by Dave Splash

I'll give it a listen, but to be honest, I gave up on the Pumpkins after the first album, Gish, from back in '91.

Corgan is a fantastic guitar player, but I felt he had nothing to say. Maybe things have changed. I'll give it a chance.