There's A Reason They Were The "Greatest Generation" 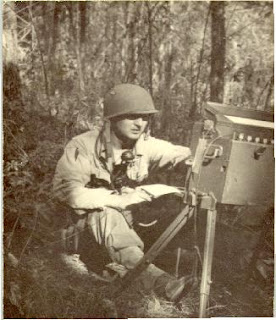 Saw this at Andrew Sullivan. He links to a pdf of a 1943 GI manual telling the WWII troops what to do while in Iraq. Interesting what the "consensus intelligence" on the country was back then, and makes one wonder - yet again - whether the Bush Administration put more than 30 seconds of planning into our disastrous invasion. Oops. I mean "liberation."

You can usually tell a mosque by its high tower. Keep away from mosques. If you try to enter one, you will be thrown out, probably with a severe beating.

There are four towns in Iraq which are particularly sacred to the Iraq Moslems: Kerbala, Najaf, Samarra, and Kadhiman. Unless you are ordered to these towns it is advisable to stay away from them.

Moslems here are divided into two factions something like our division into Catholic and Protestant denominations - so don't put in your two cents when Iraqis argue about religion.

There are political differences in Iraq that have puzzled diplomats and statesmen. You won't help matters any by getting mixed up in them.