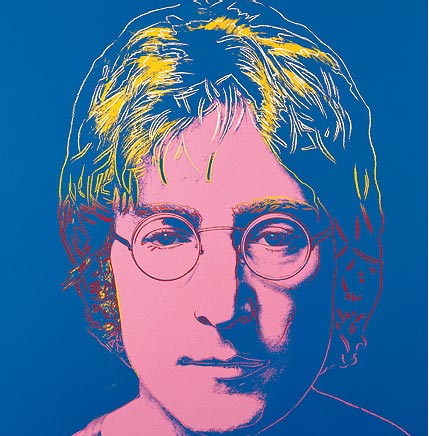 I'm an older music fan (50 this last birthday) and I still like
going to the cd store and buying stuff. I end up keeping most
of it but sometimes I just download what I like and trade the
cd at a local place that sells used music.

If you're interested in getting the new "Instant Karma
Save Darfur" collection I would recommend sampling the
songs on I-Tunes or whatever first. There are 23 cuts and
while some are great others just seem kinda lame. You
might want to go the download route on this one. Of
course, it's raising cash for a good cause so maybe
getting your money's worth is really besides the point.

I really like U2's version of "Instant Karma" and REM doing
"#9 Dream". Los Lonely Boys do a nice, loose take on "Whatever
Gets You Through the Night", Corinne Bailey Rae kills on a
live version of "I'm Losing You", The Flaming Lips bring
their own special sound to "(Just Like) Starting Over" and
Snow Patrol does a very strong version of "Isolation". And
Green Day's cover of "Working Class Hero" is excellent. I
heard it on the radio about a month ago and that's what
got me interested in this tribute cd.

I also thought it was very cool that Jakob Dylan and Dhani
Harrison collaborated on a powerful version of "Gimme Some
Truth". Nice to see the next generation joining the battle.

On the other end of the scale we have Avril Lavigne singing
"Imagine" which sounds all right but I guess I like my
philosophers a tad more world-weary. Youssou N'Dour mumbles
through "Jealous Guy" and do I really need to hear Big & Rich
do "Nobody Told Me"?

Note to Nashville country artists: you are not cool
enough to dabble in rock music. Wearing a headphone
microphone isn't enough to give you rockstar cred.
Posted by Dave Splash

Thanks for the information, J.!

Poor Avril. Oh, to be young and unsure of oneself and to then be thrust into the spotlight... I'm glad she is inspired enough by the song "Imagine" to perform it. It's certainly a step up for her from singing things like "He was a boy, she was a girl, can I make it any more obvious"... Even though I haven't heard her version yet, knowing that she did the song raises her a notch or two on my rating scale.

I usually get kind of leery when it comes to "tribute" records, although I did like the Warren Zevon tribute CD "Enjoy Every Sandwich" for the most part; same with the soundtrack to "I Am Sam", on which various artists did mostly good versions of Beatles songs.

I guess the problem for me is that I tend to get stuck on liking the original versions best and then it seems like a let-down to hear someone else do the song, even if it is done well.

Occasionally there is a cover version that I think surpasses the original. In the case of singer/songwriter Jimmy Webb, who has written numerous hits during his career, I find that most cover versions of his songs are more pleasant to listen to than Webb's own recordings, as I find his voice to not be particularly strong, and that it is an acquired taste. I have several of Webb's CDs though, and none by those others who have done his songs, because I don't care for the rest of the material by those who have covered his tunes... What I need to do is go out and find some collections of his songs as performed by other people. His stuff may be corny at times, but I think he's one of the better songwriters of his generation despite some of his limitations as a performer.

For a while it seemed like every time I turned around someone was making a hit from a J.J. Cale or John Hiatt song, and that's kind of how I discovered those two artists, when I noticed that popular artists seemed to respect Cale and Hiatt enough to record their songs. I have several CDs by each of those two singer/songwriters, and I can't think of any cover versions I like better than the originals.

Our band is about to fold, as both our guitarists are leaving. A friend of mine here in town is trying to start what he calls a "kick ass country band" and was trying to gage my interest... I think he and his musical buddies would be fun to jam with, but I just don't like the music of Big and Rich, Tim McGraw, etc. A modern country artist attempting to do a John Lennon song would be interesting, but I'm not sure it wouldn't alienate them from their fan base, many of whom may well consider John Lennon a communistic one-world kind of fellow... (I say this in part because as I read your post and while I am writing this, my daughter and her friend and I are watching "The U.S. Vs. John Lennon"!)

I say fuck the "country" music industry, with a capital F, and that includes Big and Rich, and even Tim McGraw (who is a good Democrat, a real rarity in the "country" world). Sorry, that's harsh, but that kind of music makes my skin crawl and causes my blood pressure level to go right up.

I need to release my first CD someday, so that people will do their own renditions of my material and release it on a posthumous disc! That way, if any "country" artists contribute, I won't be around to hear it.