And She's a Yankees Fan!? 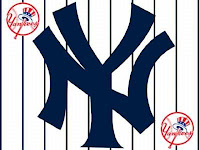 What a strange coincidence! So, last night I am watching the Yankees game in hi-def (they beat Arizona 7-2, btw) and all of a sudden on the jumbo screen I see my favorite newsbabe Contessa Brewer sitting in the stands. The Yankee fans were pretty pumped to see a celebrity in the crowd, but they had some trouble identifying which celebrity was actually there... 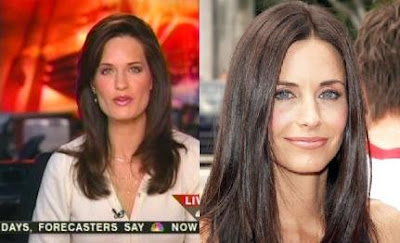 They apparently thought it was Courtney Cox in the crowd. I had never really thought about it, but I guess they do look an awful lot alike. Personally, Contessa Brewer reminds me of Wonder Woman!