The 4400 Return For Season Four

I would be remiss if I didn't make some mention of the 4th season of The 4400 starting this weekend. So, The Sopranos leave the Sunday night schedule, and The 4400 return to it.

For this season's first episode, the writers of the show have gone back to the formula that worked so well in the first season. They focus on one particular "4400" who has developed his or her abilities, and the NTAC (National Threat Assessment Center) reaction to the development. If you remember how last season ended, Jordan Collier had returned and was bent on delivering promicin intravenously to non-4400's. Collier felt that the only way to avoid the traumatic future for the world that he witnessed was to give "abilities" to anyone who wants them.

When this season begins, we see a newspaper headline stating that over 6,000 people have died because of the promicin shots, and it is now the most illegal substance in the world. However, not everyone died who got a shot, and some are beginning to develop something. This episode focused on a nondescript teenager who got the shot a few months before but had not developed any special talents. That is until he is able to convince anyone who comes within a few feet of him to obey and worship him like a god. NTAC had a helluva time trying to apprehend him since anyone who approached him fell under his spell.

Turns out, Jordan Collier is the only person who is immune to the kid, and he somehow removed the spell making ability from him. Problem solved. Sort of. Collier is still a wanted man, and no one can explain how he was able to remove the promicin's effect from that kid.

There are a number of issues from last season's ending that still need to be fully resolved. Isabelle is now in jail, though how she can be contained there is beyond me. Shawn was in a coma at the end of last season because of what Isabelle did to him. Doctors were clueless as to what to do until Kyle injected him with an illegal shot of the promicin. Diana had moved to Europe after last season, but this season she finds out that her sister got a shot, so she decided to return home. Tom's wife is still M.I.A. but a painting gives him a clue as to where (or when) she might be.

I was pretty impressed with this season's opener and the plot twists seem interesting. I am wondering a few things, though. Will Shawn no longer have his ability because of the injection or will he have more abilities? How did Tom's wife end up in the past? Was she banished because Tom was unwilling to kill Isabelle? What is the deal with Tess and Kevin, and where is Tess heading? Is Diana Skouris the new Dana Scully? I have more, but I am hoping someone else has some insight on this stuff. 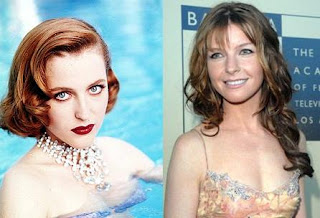 Email ThisBlogThis!Share to TwitterShare to FacebookShare to Pinterest
Labels: 4400

Really good show. I'm glad to hear they're getting back to concentrating on the different "returnees" and their developing powers.

I actually prefer the 4400 to Heroes. I just think the NBC show's plotlines are too convoluted.