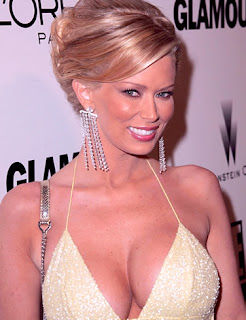 Jenna Jameson: “I love Hillary. I think that in some ways she’s pretty conservative for a Democrat, but I would love to have a woman in office. I think that it would be a step in the right direction for our country, and there would be less focus on war and more focus on bettering society.”
Read the rest here.

In other Hillary-related news, the Clinton campaign is now asking you to choose which song should be her campaign theme song. There's no Geto Boys, Slayer, or KISS, but you can see the selections and cast your vote here.
Posted by Dave Splash