The Mack Is Back: My Thoughts On Don Imus and Ho's

I have been sick for the last few days, and that is why I have not posted anything in a while. But I am back.

I will not exactly miss seeing Don Imus on my TV every morning. Living in Nebraska, the only way I was able to "experience" the I-Man was via his MSNBC simulcast. Talk radio here is all Limbaugh, O'Reilly, Savage, Hannity, etc. You know, the fair and balanced stuff. But I am torn as to whether or not Imus's career should be ended over this one statement. I am also really bothered by the tactic of defending Imus by claiming the term he used, "ho," is a product of hip-hop culture, and therefore, is an exclusively black problem.

The message from many on the right (who seem to be making this argument) appears to be that the disrespect shown towards black women was somehow invented by Tupac Shakur, and that whites bare no responsibility for its continued prominence in the media. You know, because there are loads of white men in their 60s blasting rap music in the back of their limos or SUVs. MSNBC's Joe Scarborough (a former Republican Congressman who once sponsored a bill trying to remove the US from the United Nations) practically burst a blood vessel on his show last night when someone dared challenge his assertion that rap music (and rap music alone) is responsible for the continued disrespecting of black women. Let's just put this thing to rest.

The first time I ever heard the term "ho" was on Saturday Night Live, and it was before I had ever even heard of rap music. It was 1982, and Eddie Murphy was the star of SNL at that time. Murphy played a character named Velvet Jones who operated a school called the Velvet Jones School of Technology. One of the classes offered at the school was called "I Wanna Be a Ho." I was 11 at the time I first heard this. SNL is a mainstream show. Perhaps I was too young to be watching such a show. You can take that up with my parents. Regardless, I heard it, but I did not go around repeating it to everyone, nor did I begin to refer to black girls as ho's. Wanna know why? Because I was raised right. My parents did not allow that kind of talk in the house. I was taught that all people really are created equal, and that hateful and prejudicial words have no place in society. So when a person who is taught these values hears things that may seem contrary to them, it does not effect them in the same way. Eddie Murphy did not make me act like a pimp and start calling women ho's. 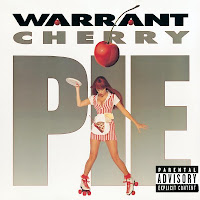 A few years later, when I began listening to rap music (artists like Run-DMC, Ice-T, and Eric B & Rakim) my "values," as it were, had already been established. I could appreciate the music for what it was -- fantasy entertainment. The same way heavy metal was fantasy entertainment. Is there much difference between a sexist rap video by Snoop Dogg and a metal video by Warrant? Remember "Cherry Pie"? Is there really any difference? I'd say, no, there isn't. Disrespecting women crosses the color line, and blaming only rap music for it, is absolving a huge segment of the music business and of society at large. Listening to these kinds of music will not turn someone into a member of the "He-man woman hater's club" unless they have been taught things like that in the home.

Having said all that, I don't think music has a whole lot to do with the Imus controversy anyway. Imus listens to country music, and features country artists on the show. Music or hip-hop is a distracting side issue, that should be dealt with at another time. The issue really is what kind of behavior can and will be tolerated on the public airwaves. Assessing blame is not as important as establishing some type of understood principle of decency for radio and TV.

Prior to this incident, I had decided to stop watching Imus because of a skit he used to do mocking New Orleans Mayor Ray Nagin. Imus's producer Bernard McGuirk played Nagin, and talked in the worst type of 1940s caricature of a black man (think Stepin Fetchit). It bothered me enough to stop watching (see an example here). I didn't understand how elected officials (like Imus favorite Rick Santorum) would come on the show and follow such a skit. Yet they did -- from both parties. I think most people just chalked this up to Imus being a morning "shock jock." Sophomoric humor is part of the shtick for most morning shows. But if Senators and presidential candidates are appearing on the show, then it can no longer be placed in that realm. The rest of the show's content should have been considered by all those appearing on the show. And the same standard should be applied to all talk radio -- not just Don Imus. 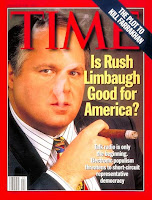 Why was there no outrage when talk show host Neal Boortz called a black Congresswoman a "ghetto slut"? Why did no sponsors pull their ads? Why was he not fired? Rush Limbaugh has a long history of racist commentary on his show. Recently, he has been referring to Senator Barack Obama has a "halfrican American" because of his mixed race background. Other right-wing shows have used the term as well. Limbaugh argued that the NBA should be re-named the TBA -- Thug Basketball Association -- and that the players are part of a gang, not a team. Limbaugh constantly refers to women as "femi-nazis." I could cite hundreds more examples of right-wing hate radio, but that is not my point here. Elected officials appear on those shows, and wingnut talk-radio hosts are often invited on cable news shows to speak as some sort of expert on politics. They should be held to the same standard as Don Imus.

None of these guys -- Imus, Limbaugh, Hannity, Melanie Morgan -- are influenced by hip-hop music, but I guarantee that if they were seriously confronted about their on-air racism, they would cite rap music as the problem. They would absolve themselves from all blame. I think that many in the media are trying to absolve themselves from blame (for giving these people a platform) by using rap as a scapegoat.

I have had rap music in my life for more than 20 years. I don't call women hos, and I don't use the N-word. Rap music does not "make" people do or say anything that they don't want to do. It is a bullshit excuse. Racism and sexism have existed for much longer than hip-hop has existed, and those exhibiting much of the offensive behavior have not been effected by the "hip-hop culture" in any way. Let's just agree that individuals are responsible for their own, individual behavior. Now that Don Imus has been called to task for his bigotry, let's make sure we don't overlook some other serial offenders on the radio and television. If you are someone who attacks Imus, but defends Limbaugh or Boortz, you are a hypocrite. Compare apples to apples -- do not defend someone like Boortz by citing some rapper. They are not the same. They are different issues. Furthermore, if you only cite so-called black artists as the only ones who engage in sexism, then you are also a hypocrite. There is tons of it in rock, too.

My final point is that I am not advocating that anyone get fired or that any musical artist be boycotted. That's not my style. I am for free speech. But I am also for taking responsibility for one's own actions, and not blaming some abstraction like "hip-hop" for one's offensive behavior.

I still have mixed feelings over the whole Imus ordeal. Part of me believes he's getting what he deserves and the other part of me thinks its really that big of a deal. If you haven't seen it already, you should check out this story over at Highbrid Nation. The guy who wrote it worked at WFAN with Imus and gives some interesting insight into whether the man is really a racist or not. You all should check it out if you get a chance.

I go back and forth. Ultimately, I don't care what happens to Imus, but I strongly object to people blaming racism and sexism on rap music. It is just bullshit.

While I also think perhaps he shouldn't have been fired for the recent comments (at least he seemed a bit sincere in his apology and didn't blame alcohol or whatever) I also stopped watching MSNBC in the morning because of some of the Nagin sketches. I couldn't believe they allowed it to air. Nagin may be an idiot, but the impression was just like you said.

That's a good piece of writing, Howard. You make a lot of good points. I'm going to do a little more on the subject today.

I'm just amazed at the efficiency of how all of this was carried out. It seems that we can't get off our collective asses and demand companies who do direct dealings with some of the government officials in Sudan to stop indirectly sponsoring genocide, but we can terminate the career of a radio personality who uttered a phrase that has been in virtually every sitcom since the '90s.