Is Roseanne Speaking The Truth? 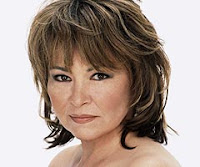 This may touch off some controversy, but I read this quote from Roseanne Barr, and found myself agreeing with it. I am obviously not a right-wing gay basher (and neither is Roseanne), but I do wonder (as she does) why politically active gays seem to only be focused on "gay issues" and little else. Before getting worked up about the comment, please keep in mind that she said this on her radio show, while interviewing black lesbian activist Jasmyne Cannick.

"Never once in my 54 years have I ever once heard a gay or lesbian person who's politically active say one thing about anything that was not about them. They don't care about minimum wage, they don't care about any other group other than their own self because you know, some people say being gay and lesbian is a totally narcissistic thing and sometimes I wonder. I've never heard any of them say anything except for 'accept me 'cause I'm gay.' It's just, it's screwed. It's no different than the evangelicals, it's the same mindset. They want you to accept Jesus and you guys want us to all believe it's ok to be gay. And a lot of us, a lot of them, I do, I don't give a damn who anybody has sex with, as long as they're not underage and an animal. I don't give a damn, it's none of my damn business. I'm just sick of all the divisiveness, it's not getting any of us anywhere."
Posted by Dave Splash

Maybe it's just the only time you hear about them being gay is when they are defending being gay.

(A gay man typing here). I tend to agree with her comment. My friends only seemed primarily concerned with same-sex marriage and other similar issues most of the time and hate discussing other topics of politics.

I, however, am far less worried about gay marriage than erosion of civil liberties or global warming. But then that makes me an exception to exactly what she's saying she's never heard. My boyfriend has similar views.

There are such folk, however. Libertarian conservative Andrew Sullivan (though same-sex marriage is one of his pet issues) who, like Barr, has guest-appeared on Bill Maher's HBO show.

Finally, I would add that there are people and pundits out there discussing serious topics not regarding gay rights who are gay, but aren't necessarily out of the closet. Perhaps they don't want their sexuality to detract from their message.

Andrew Sullivan is a good example. I read his blog all the time (and link to it here). But I have heard him make similar comments to those of Roseanne's. Sullivan doesn't even support same-sex marriage and I do. Anyway, I thought the comment was provacative, and worthy of posting.

Sullivan actually does "support" same sex marriage. I think he has argued that as long as he has all of the same legal rights as heterosexuals, than he doesn't care what you call it. I don't know why, but i felt like clarifying.

I think he is controversial in gay circles for being against hate crime laws.

I have to say my experience with gay people has been pretty much like that. Politics are boring until it connects to gay rights.

One of my best friends is a gay black man. I have to REALLY watch what I say around him...

Like Roseanne says, I don't care who has sex with whoever as long as it isn't with someone underage or with an animal... and I don't care whether people believe in Jesus or not, either. I'm not sure either kind of thing amounts to a life-or-death matter, but that comes from me, a non-Christian "liberal elitist" type.

I wish certain political groups could get together and forget about the areas where the "twain shall never meet", or at least set those areas aside for a time, and look for things on which they can agree. Gay people and evangelicals? Sure, they might find common ground on a number of issues. If they tell personal stories among themselves, they will surely find they share common emotions or feelings, possibly a fear of being persecuted, or of having to stand up for what one believes or for how we have the right to live our own lives in America. Such discussions could at least let people from such diverse camps in on the fact that we're all human, that there ARE things we all share. Then again, I am not gay, and I'm a white male in America, so maybe all of that is easy for me to say.

As for Roseanne's comment, my experience with gay friends is that they have gone about getting hitched in whatever way is possible for them to do so, and they tend to be Bush-bashers and very interested in what our government is currently up to re. the taking away of our civil liberties. I like to hope that some of that is because we communicate often and they enjoy talking with me about politics!

BTW, that picture of Roseanne makes her look rather attractive! Heh... I like her hair better than Tronald Dump's hair anyday, anyway.

(Same Anon. as above)

Interesting point made about the Imus story on MSNBC this morning by one of their guests/pundits. He (African American) said much of middle America thinks black people are ONLY educated and care about issues of race.

Oh, and my friend who I was thinking of regarding politics stopped ordering from one of his favorite restaurants because they had trouble over wages.

So I may have to reverse my position. Perhaps Roseanne is just being prejudice.

Could be. But Roseanne has always been a friend of the gay community -- had gay characters on her show before it was "cool" and whatnot.

Roseanne says a lot of stupid shit on a number of topics -- she is Jewish and I have read some quotes she has made about Jews that made me cringe. She's out there, all right.

Hmmm....I'd have to agree w/ Rosanne on that one. I've been following Jasmyne Cannick for a few and I'd be interested in her follow up to this comment.

On a side note - man! Rosanne's facial work is hittin' and holdin' - compare that mug to her early one on her series and just bow down to the power of plastic surgery :-)