My Spiel on the Problems of the Music Industry

I have held for a long time that the reasons the music industry is suffering such a massive decline have little to do with piracy and illegal downloading. Inside "the industry" that idea is considered blasphemy. They are convinced that they are releasing quality product at a reasonable price, and that if it weren't for those damn P2P sites, they would still be able to wipe their asses with one hundred dollar bills and bathe in Dom Perignion. My theory has always been that the decline is due to the death of the single. With CDs retailing between $15-20, many people are reluctant to shell out that much dough when they have only heard one song. In the old days, you could try out a band with a 45 (that's a record for those under 30 years old) for a buck or two. If you liked that single, you might consider buying the whole record. Even if you didn't, the record company still made money -- just not as much. People nowadays feel ripped off when they buy a disc for $20 and it has only one or two good songs. It is driving otherwise honest people to find a way to get that one good song in another way.

The music business was slow to embrace the concept of legal downloads, and they fought for years to block or de-legitimize the concept. I admit that I am not a fan of purchasing a digital track. I prefer to have something tangible in my hand (a CD) if I purchase something. I understand, however, that it is a generational thing. Younger people don't seem to care about having the booklet or whatever, and until recently have not had a way to legally download popular music. The quality of the music being released by the major labels is a whole other issue, and one that says the most about the decline of the industry. But the industry's "blame the consumer" attitude, and their refusal to pare down their spending, and their lack of artist development (i.e. giving an artist more than six weeks to "make it") are the real problem. They do not want to change their revenue structure to allow for what is obviously coming in the future.

The internet really has been the great equalizer between "major" artists and independent ones. For no cost at all a band can set up a MySpace page which allows for up to four songs to be streamed on the page. They can also link to their website or online store or even link to a place like iTunes so fans can purchase their music. Ninety-nine times out of a hundred these artists are selling their music significantly cheaper than if it were purchased in a store. And with the near monopoly of the "Big 5" in traditional retail distribution, it is unlikely that you could even find independent music inside a record store anyway. 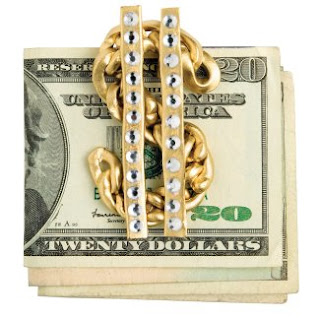 For the past few years, internet radio has become an alternative to traditional radio which is essentially bought and paid for by the major labels. Have you tried listening to a new music station on terrestrial radio? It's the same 20 "artists" over and over. Fall Out Boy? Daughtry? Panic at the Disco? Hinder? This is what qualifies as new rock n roll? I don't think so. But the recording industry has just dealt a major blow to internet radio by increasing the fees required to legally operate. The costs associated with having an internet station begin around $150K. That, obviously, does not include actually paying anyone to operate the station or buying any music to play! Therefore, only a large company like Clear Channel can afford to do it. Once again, the declining music industry is desperately trying to hold on to something that they have had total control over. It is really sad, and it is the music fan that suffers.

This article goes further in depth on the problem. It shows how legal downloads increased 54% last year, while CD sales continued to decline by more than 20%. The author correctly points out that it is precisely because consumers want to buy songs they like, and are willing to pay a buck for them. What they resent is funding the extravagant lifestyles of record company executives and the bribing of radio program directors to play music that sucks.