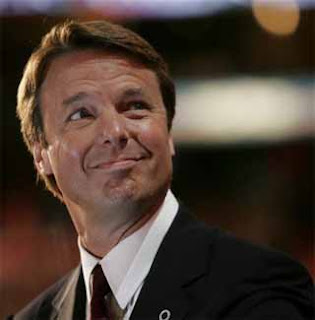 John Edwards will be suspending his campaign for President. His wife, Elizabeth, has had a recurrence of her cancer that was treated in 2004. Right-wing pundit Ann Coulter who referred to Edwards as a "faggot" two weeks ago at a conference of conservatives stated, "Good. I hope the bitch dies." A chorus of Republicans refused to condemn Coulter's comments saying that she is just "telling it like it is."

UPDATE: John Edwards says he will NOT suspend the campaign. Mrs. Edwards does, in fact, have a recurrence of her cancer, however, it is located in only one area. The cancer is not curable, but it is treatable, according to Mrs. Edwards and her doctor. Ann Coulter and Sean Hannity responded to this news by claiming that Mrs. Edwards is "faking" her cancer in order to get sympathy votes. Asked to condemn these remarks, White House spokesman Tony Snow responded, "Why?" 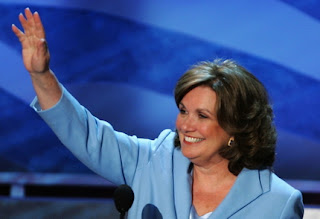 Fuck Ann Coulter and the hate she spews forth. She is a cunt and too bad she doesn't have cancer. I hope she suffers from a chronic illness.

She is a cunt, but in the interest of full disclosure (something she knows nothing about) I have to admit that I made up the quotes from her, Hannity, and Snow. It did sound like something she would have said though, right?