It Just Gets Darker and Darker Out There 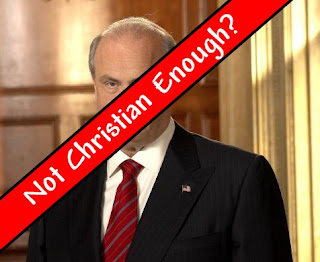 The Christian Right shoots down another top Republican presidential contender. James Dobson on Fred Thompson: "I don't think he's a Christian." Dobson does like Newt Gingrich, despite his very un-Christian dumping of his second wife while she was in the hospital recovering from a serious illness. I hope the GOP keeps following Dobson off the cliff and backs Gingrich for president. Any Democrat (except for Kucinich, of course) would spank Gingrich in the general election. Americans don't like hypocrites, and ol' Newt pretty much personifies the word.

Speaker Nancy Pelosi to Bush: "Take a breath. Calm down with the threats, there's a new Congress in town." I am becoming more and more impressed with Pelosi.

The legendary Steve Albini-led band Shellac will be releasing a new album June 5 called Excellent Italian Greyhound on Touch & Go Records. Pitchfork has a tracklist, and some tour dates (mostly in Europe). 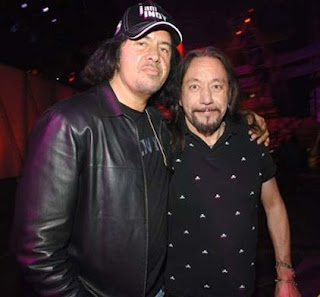 Gene Simmons is interviewed in the current issue of Classic Rock Magazine and (surprisingly) does not rule out playing with original members Ace Frehley and Peter Criss again. "And by the way, no matter what I said earlier, I reserve the right to change my mind about Ace and Peter any time I choose. 'Never say never' is true. How much did you say you want to pay us to get back together? How many hundreds of millions? People say you can't be bought. Fucking-A right you can. Even God passes the hat around at the end of the sermon."

The nation of Belgium should be quite grateful. Swiftboat funder Sam Fox will not become the Ambassador To Belgium, as the White House has withdrawn his nomination. Senator John Kerry led the effort to derail the nomination. Payback is a bitch, Mr. Fox. Your welcome, Belgians.

Because of the incompetence of the Gonzalez Justice Department, an admitted tax cheat cannot be required to pay the $175 million he has ripped off from the American people. Why? Gonzo's boys cited the wrong statute in the plea agreement, and therefore will have to attempt to collect the money in civil court instead. Way to go, Gonzo! (h/t Andrew Sullivan)

Sticking with AG Gonzo and incompetence (though this story is much worse than mere incompetence): Gonzo and US Attorney Johnny Sutton (a loyal Bushie not purged) are coming under fire for failing to prosecute members of the Texas Youth Commission who have been accused in a investigation by the Texas Rangers (not the baseball team) of sexually assaulting minor boys in their care. "Among the charges in the Texas Ranger report were that administrators would rouse boys from their sleep for the purpose of conducting all-night sex parties."

Billboard Magazine asks: Has Bright Eyes sold out? The silly question is answered in a decent interview with Conor Oberst where he actually discusses his business. Throughout his career he has always dodged questions like that, but with Oberst's hiring of a new manager and signing a European deal with Polydor, apparently he felt that he needed to address the subject. Some in the industry feel this could be the year that Bright Eyes goes platinum. Check here for some free mp3s from the new album, Cassadega (due out April 10).
Posted by Dave Splash

I HOPE Thompson "isn't Christian enough". The guy bugs me big time, and I think the nomination would easily be his if he declared now and started raising the necessary money.