Screw Magazine founder Al Goldstein has announced his candidacy for president in 2008. His slogan is, "Al Goldstein for president. Cuz when he's fucking you, you'll know it." He has some YouTube videos on his campaign site where he discusses some of the other candidates. (NSFW)

Two of Karl Rove's top political aides (that's MC Rove for you rap fans) are leaving the White House. Political director Sara Taylor, whose name was mentioned multiple times just yesterday in testimony about Gonzo-gate, quit today. Long time Rove aide Barry Jackson will be leaving soon. Who will be left to take the fall for the fatheaded one? 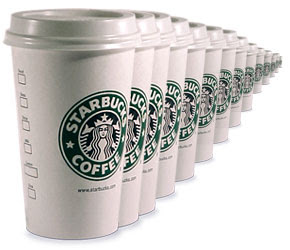 Radiohead are denying that their next album will be released through the new record label formed by coffee franchise Starbucks. No word on whether or not a Thom Yorke mp3 will be given away with the purchase of a Happy Meal at McDonalds.

This definitely helps illuminate many of the problems with the current Justice Department and inside the Bush Administration. There are currently 150 graduates of Regent University serving inside the Bush Administration. Regent "University" is a college founded by right-wing nutjob Pat Robertson. The school's stated mission is "to produce Christian leaders who will make a difference, who will change the world." Monica Goodling, the Justice Department official who refused to testify in front of Congress in Gonzo-gate is a graduate of its law school. I wonder how "Christian" it is to circumvent the legal system and plead the 5th Amendment so that you won't be indicted for perjury. There is one simple way to avoid committing perjury -- don't lie. That must not be taught at Regent.

1980s Manchester band Happy Mondays are returning. They are scheduled to release their first new album in 15 years.

I may be taking a break from concerts this weekend because there are so many shows next week. Monday night is the last-minute addition of a show from The Good Life at Waiting Room, Tuesday is Neko Case in Lincoln at The Roccoco, and Wednesday is Elvis Perkins at Waiting Room. I will be so freakin' dead by Thursday!
Posted by Dave Splash

When you connect all the dots in the Justice Department, it scares the beejeesus out of you. WTF?

Yup - I'll be checking out Elvis Perkins and Neko Case myself. She was amazing last time I saw her at Sokol Underground.