Feeling Surprisingly Good For a Monday

Van Halen will appear at the induction ceremony to the Rock and Roll Hall of Fame on March 12. Initially, it was reported that no one from the band would be attending and that Velvet Revolver would be taking their place. Now, it has been confirmed that the band including former members David Lee Roth, Sammy Hagar, and Michael Anthony, will accept the award. They will not perform, however. 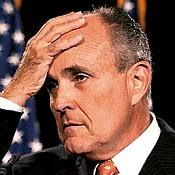 So, guess who will not be out on the campaign trail plugging for Rudy Giuliani? His kids. Both of his children have stated that they will not participate in any way with his campaign for President. The press calls the relationship "estranged" but it is clear that the kids hate Rudy because of the public way he humiliated their mother. Rudy's 20-year-old son says he is too busy working on his golf game to campaign. Yeah, right. For his part, Rudy makes no mention of his kids on his campaign website. Out of site, out of mind.

Say goodbye to internet radio. The music industry has rejected any rational compensation package for broadcast rights. They have insisted on a per-play fee system. The way it works out, an internet station with merely 1000 listeners would have to pay over $150,000 in licensing fees. Hope you like Clear Channel, because they will eventually be the only ones who can afford to broadcast.

Sean Hannity is a pussy. Yes, that's hardly news, but here is the context for today's reference to his general pussyness. He is afraid to debate blogger and columnist Andy Ostroy of the Ostroy Report. Ostroy wrote an article for ABC News.com about the possibility of an Al Gore run for President in 2008. Hannity berated Ostroy and Gore on his radio show, and has refused Ostroy's requests for a live debate. Like most conservatives, Hannity refuses to discuss issues with those of a different political persuasion (unless they are tools like Alan Colmes). And like Ann Coulter, Hannity's "debating" style is little more than name calling. No wonder he refuses to go one-on-one with Ostroy. What a pussy. 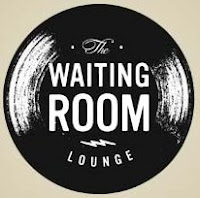 So, on Saturday night I was given a private tour of the soon-to-be-opened new Omaha music venue, The Waiting Room (6212 Maple St). After the Cold War Kids show at Sokol Underground (which was quite good, FYI), a couple of us VIPs trekked over to the club and checked it out. The club officially opens this Friday night (March 9) with a show by Art in Manila (featuring Orenda Fink), and there will be a private, invitation only show from The Faint on Sunday night the 11th. You bet your ass I will be there!

Secret Machines guitarist Benjamin Curtis has left the group. The band has not named a replacement, but is scheduled to begin work on a new album in May.

I hope and pray every night that the Republicans will nominate Newt Gingrich as their presidential candidate. This guy's mouth will set back the party for a generation. Over the weekend, he blamed the victims of Katrina for their own devastation, and said that the people of New Orleans are "...so uneducated and so unprepared, they literally couldn't get out of the way of a hurricane." There you go, Newt. Bringing compassionate conservatism back!

By the way, my show last night was quite awesome. Here is the playlist. Before going on, I saw that I got the new Stooges album (The Weirdness) in my mailbox. The entire thing! Fuck yeah. I gave it a casual listen on my drive home from the station last night, and it seemed pretty good. Typical, strange Iggy Pop lyrics throughout. I'm sure one song -- "The End of Christianity" -- will generate a lot of attention on the "cultural right."
Posted by Dave Splash