This Time, I'm Really Back 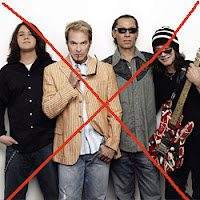 All right. Is this Van Halen thing happening or not? First, it was rumor. Then it was confirmed. Van Halen will reunite with David Lee Roth and tour this summer. Then it was cancelled. Now, it may just be "postponed" according to Billboard. Make up your freakin' minds!!

A friend of mine sent me a link to a new Gallup Poll detailing support for the Iraq War among American religious denominations. According to this, American Jews are among the groups that most strongly oppose the Iraq War. This is in stark contrast to the perception in the media that Jews (who are overwhelmingly Democrat) are big supporters of the Bush Administration's folly in Iraq because of some (incorrectly) perceived benefit to Israel. There are so many things wrong with that assumption, that I could write a dissertation on it. Take away Joe Lieberman and a few Jewish neo-cons, and I am happy to say that the members of my tribe realize that the Iraq War is a disaster for the US and for Israel.

"Rumors of my demise have been greatly exaggerated" - Ace Frehley. Thankfully, the rumors of an Ace Frehley suicide attempt are false.

Stories like this one make me question why we want a relationship with backward countries like Pakistan. A Pakistani man lost his daughter in a poker game with an older relative. The girl was two years old at the time, and now she is 17 and on the verge of being "turned over" to the winner of the bet. The winner wants the girl to be a wife for his son. This is creepy on so many levels. First, who bets their daughter in a poker game?! Second, who actually expects to be paid on a deal like that? And third, isn't it illegal in Pakistan to marry your cousin (even in an arranged marriage)? It should be. 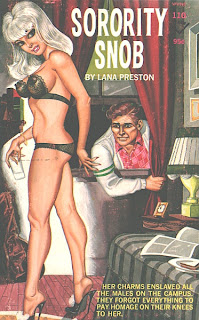 This is a pretty interesting piece of trivia. According to a genealogist with Ancestry.com, relatives of late racist Senator Strom Thurmond (R-SC) owned the ancestors of Rev. Al Sharpton. "It was probably the most shocking thing in my life," Sharpton said when he was told about it. Now Sharpton wants a DNA test done to see if he is somehow related to Thurmond.

FOX NEWS: Reporters who cover the Iraq War instead of the Anna Nicole Smith trial are "snobs." This explains so much about why most conservatives are so ignorant about the world.

One of the jurors in the "Scooter" Libby trial was dismissed today because she was exposed to a media report on the case over the weekend. My question is where did she actually see or read a report on the case? The media has all-but-ignored the case for the last 3 1/2 years. Take away Hardball or Countdown with Keith Olbermann and there has been almost no coverage to speak of anywhere.

For the last few years, right-wingers have cited a study that claimed adult stem cells were just as useful as embryonic stem cells in the search for a cure to many diseases like Alzheimers. The reason embryonic cells are used, conservatives argued, is that scientists are liberal, god-hating, child killers who want to destroy potential Christian children in a petri dish buried in a lab somewhere rather than cure disease (Hey, I'm not saying that, that is the Sean Hannity wing of the GOP saying it). It looks like that study about adult stem cells has been discredited. A panel of scientific experts has determined that the study is "significantly flawed, and that the interpretations based on these data, expressed in the manuscript, are potentially incorrect." I guarantee Fox News does not cover this story.
Posted by Dave Splash

Hmm... I'm not from the US, so do whatever you like with your guns. But please, don't use news-speak. "Assault weapons" in question are not "assault rifles" military use, precisely because those weapons currently manufactured and sold to civilians in the US are not full-auto, and couldn't be easily modified into full-auto.
But "M-16 Lookalikes Ban" would look silly in the media.

Who cares. People who know too much about guns are creepy whackjobs anyway.

Well, look at "pro-life" guys opposing medical research. How could stem-cell banner call himself "pro-life" and not be laughed out of existence is beyound me. But since public is ignorant of actual biology involved, that "pro-life" **** proliferates... And yes, anyone who knows the truth is "Ruthless, God-hating 'librul'".

Why gun control advocates should resort to essentially the same trickery and contribute to current "thought pollution" by pet pundits?

"Pro-life" is a term created by a marketing firm. It has nothing to do with life, per se. That movement could more accurately be called the "pro-fetus" movement, because they sure don't care about actual children!

That's the point. "Assault weapons" are too creature of pundits and marketers, not meaningful term. "Assault-lookalike", or even "Assault-derived" would be more appropriate.

Definitely, if the final agenda is a straight ban of all the guns, this is mostly a moot point, but then (if, for the sake of argument I'd agree that such ban is a good idea) I feel that current legal efforts are somewhat premature. Significant cultural changes are needed first, or the ban would be neither popular, nor efficient. And inefficient law is worse than no law.

Van Halen needs to shit or get off the pot. This is ridiculous.