What I Call "News"

Unhinged Right-Winger Alert: Popular conservative talk show host Hal Turner has called for the assassination of numerous members of Congress on his website and on his radio show. Last November he said, "We may have to ASSASSINATE some of the people you elect on Nov. 7! This could be your LAST ELECTION CHANCE, to save this Republic…Sorry to have to be so blunt, but the country is in mortal danger from our present government and our liberty is already near dead because of this government. If you are too stupid to turn things around with your vote, there are people out here like me who are willing to turn things around with guns, force and violence. We hope our method does not become necessary...ANY MEMBER OF CONGRESS WHO INTRODUCES, CO-SPONSORS OR VOTES IN FAVOR OF ANY SUCH AMNESTY WILL BE DECLARED A DOMESTIC ENEMY AND WILL BE CONSIDERED A LEGITIMATE TARGET FOR ASSASSINATION..."

Turner also said he knows where every member of his state's Congressional delegation lives, and that his listeners should "scope out" where their members live as well. The Justice Department has not launched an investigation despite this guy breaking numerous laws. I guess if you have an R after your name, you are, literally, permitted to do anything. This is the way the right thinks. They don't believe in consensus and they don't believe in compromise. It's either agree with us, or you die.

So, it looks like the right will have to kill Spider Man (or try to). In the newest issue of the popular comic, the superhero takes on the Bush Administration's restriction of civil liberties. Spidey says, "I’ve seen heroes and bad guys alike — dangerous guys, no mistake, but still born in this country for the most part, denied due process, and imprisoned, potentially for the rest of their lives. … But there’s a point where the ends don’t justify the means, if the means require us to give up not just our identities, but who and what we are as a country." 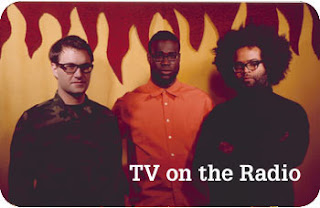 The brilliant Brooklyn, NY band TV On the Radio have announced two months of US tour dates in March and April. Check out the dates here. Omaha is not on the list, unfortunately.

Tom Petty has reversed his decision on retirement. He will not be breaking up The Heartbreakers, and he will not stop touring.

KISS' Paul Stanley will be taking his solo tour to Australia in April. He has also revealed that his show last Fall at the House of Blues in Chicago was filmed for a possible DVD release.

Despite the crystal clear message sent by the last election, it seems President Bush is going to ignore the will of the people, the military, and the incoming Congress, and send more troops to Iraq for "Stay The Course 2007." According to NBC News, an administration official “admitted to us today that this surge option is more of a political decision than a military one.” Hasn't that been the calling card of Bush's entire term? The president has now flip-flopped on his assertion that all military decisions are made by the "Generals on the ground." The military is clearly opposed to Bush's new "surge and accelerate" plan, so Bush is now accelerating the retirement of General George Casey, the head general on the ground in Iraq. Despite his past praise for Casey's performance, the Bush Administration is now forcing him out because of his opposition to increasing the troop numbers in Iraq. 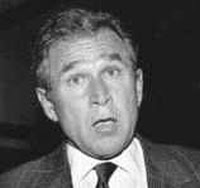 Someone who does want to leave Iraq is that country's Prime Minister Nouri Malaki. According to a BBC report, Malaki is ready to leave now. "I wish I could be done with it even before the end of this term."

The president "wrote" an Op-ed in today's Wall Street Journal. It is posted here. Allow me to sum it up for you...Bi-partisanship means "do what I say and don't question me" and the only "responsible thing" for Democrats in Congress to do is to "stay the course" in Iraq. The president learned nothing from the elections, and is still attempting to govern as though the other branches of government are subservient to him.

Bright Eyes' Conor Oberst is among a small group of artists (these days) who will not license their songs for use in TV or in commercials. NBC was interested in using Bright Eyes' cover of Daniel Johnston's "Devil Town" on their show Friday Night Lights. Oberst said no, so NBC hired another band to "cover" the Bright Eyes cover of the Daniel Johnston song. Confused?
Posted by Dave Splash

Good to hear about Tom Petty. I thought Highway Companion was pretty weak but then again you can't please everybody all the time.

Yeah. I have that album, but I have not given it a serious listen. Even Petty's weaker albums always have a few greats on them.