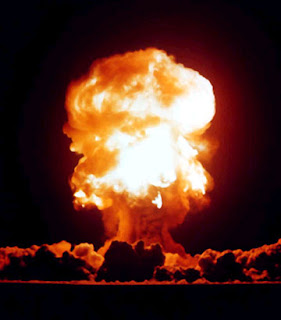 So far, I have some mixed feelings about the new season (sixth) of 24. If you haven't seen the first two episodes of the new season yet, you might want to close your web browser, because I am going to give away what happened.

First off, I am thoroughly disappointed by Wayne Palmer as President. He is nowhere near as confident, decisive, and intelligent as his brother, David. It seems that he is willing to give away anything, or make any possible concession, in order to make deals with terrorists. I understand that the country is in a chaotic state (suicide bombings throughout the US) but the deal President Palmer made to get Jack Bauer back was ridiculous. Would any president really pay a terrorist $25 million and the life of a valued federal agent just for the possibility that he will give you the location of a "bigger" terrorist? Not bloody likely! 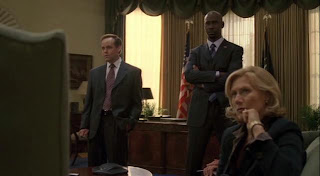 Then, after giving Bauer over to the terrorists to be tortured and killed, the president and his crack national security team set out to kill the wrong guy! Shit, after only 90 minutes back in the US, and after being tortured, Jack Bauer escapes and warns the White House and CTU that they are about to kill the wrong man, but they ignore him. But this is hardly the strangest thing the new administration has done.

Finally, CTU realizes that Jack was right and that they must work with Al-Assad (a Yassir Arafat type who has supposedly "renounced" terrorism) to get the right guy. First of all, how could a guy like an Arafat or Bin Laden slip into the US virtually unnoticed? CTU claimed they knew, but had to make a deal with one of his known associates (Abu Fayed) to get his exact location. Only after making the deal with Fayed did the government realize that he was the bad guy and that Assad was in the US to stop the terrorist attacks (how he was planning on doing this is not known). Uggghhhh. 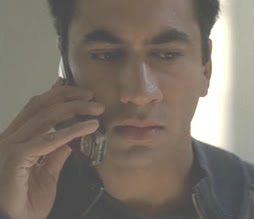 But even with all of these flaws, I am still totally engrossed in the story. I feel I am going to continue to be frustrated by Pres. Palmer and his extreme willingness to make any outrageous deal with terrorists. I mean, last night he was willing to set free hundreds of violent prisoners (stored in the TV version of Guantanamo) on the promise that Fayed would halt the suicide attacks in the US. He was given an hour to do it, and actually got all of the prisoners loaded onto a plane to make the deal. I doubt David Palmer would have made such a deal.

The most shocking moment (possibly) came when Jack had to kill Curtis. This was just freakin' unbelievable! HE FUCKING SHOT CURTIS!! I love Curtis! He was practically my favorite character on the show. Part of me wanted Curtis to kill Al-Assad once I heard what he had done to Curtis' team during the Gulf War, but I understood why the US needed his help. However, good ol' Wayne Palmer offered up a full-pardon to Al-Assad, in exchange for his continued help, and his promise to "come to the table" to discuss peace with the West. Sounds like another shitty deal for America, Mr. President. 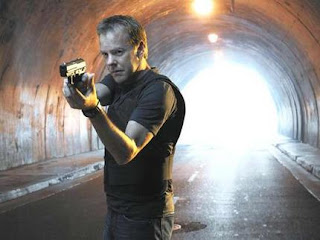 But killing Curtis?! Damn, that was cold. After shooting Curtis, Jack felt terrible, puked, and said he was quitting CTU. That was until...The fucking nuclear bomb that detonated in Los Angeles! Wow. I won't keep giving a play by play of the episode. If you've gotten this far, you probably saw it. But, damn, this season has been taken up a notch in a serious way! Despite my issues with the new president, I will be watching this season with baited breath. Apparently, there are four more suitcase nukes to be detonated, so Jack will have his work cut out for him. I just hope Wayne Palmer doesn't undermine the effort.

Did I leave anything out?
Posted by Dave Splash