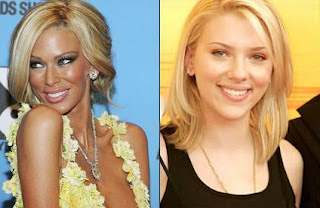 Despite the fact that fans have been waiting since 1991 for a new album, Kevin Shields says there will be another My Bloody Valentine record. The band essentially stopped working on a follow-up to Loveless in 1995.

The outgoing terrorism coordinator at the State Department, Henry Crumpton, has said that the Iraq War has made the US less safe, and argues that we will be hit again. The problem of Islamic radicalism is worse now after the Bush Administrations efforts, not better. "Certainly, we haven't made any progress," said Crumpton. "In fact, we've lost ground." 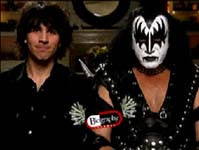 The Gene Simmons Family Jewels TV show is coming to the UK. The family will be travelling to the UK to promote the show next month.

The Onion has a solution for the military's recruiting problems for Iraq. It makes perfect sense to me. 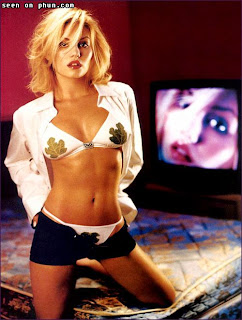 In honor of 24 returning, here is a link to some galleries featuring Jack Bauer's daughter, Kimberly (Elisha Cuthbert). Kim is not on the show again this season. The pics are here.

V2 Records is over. The company is ceasing its operations effective immediately. The label boats only a few "big name" acts (White Stripes, Raconteurs, Moby), and the contracts with most of them had already expired. V2 will retain its back catalog, but will no longer have any new releases.

R.I.P. Alice Coltrane. The former wife of John Coltrane, and a jazz artist in her own right, has died of respiratory failure. She was 69.

George Bush said that he finds the situation in Iraq "unacceptable." Good. But it seems that Bush finds a lot of things unacceptable, yet seems to do very little about it. The Chicago Tribune has a rundown of all the things Bush finds "unacceptable."

TiVo Alert!! Tonight on Letterman the 70s folk group America will be joined by Ryan Adams and Ben Kweller for their performance. Could be pretty interesting.
Posted by Dave Splash

Did you happen to see the opening skit on Saturday Night Live last week? It was Bush talking about how everybody in America who wears a uniform (including mailmen and Civil War re-enactors) was going to be sent to Baghdad.

I missed that. I'll have to check YouTube to see if its up there.