How Can You Have a Rock n Roll Hall of Fame Without KISS? 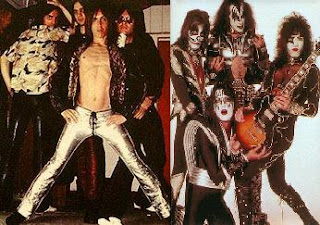 The new list of inductees to the Rock and Roll Hall of Fame have been announced. There are some good ones this year: Van Halen, R.E.M., Patti Smith, and Grandmaster Flash. But why are KISS and The Stooges still blacklisted? Both bands have been eligible for many years, and both are very deserving of a place in that Hall. There is absolutely no excuse for this continuing travesty of musical justice.

Billboard.com has a great article on the band Clap Your Hands Say Yeah. They are a great band that has succeeded without using a record label. Their self-released debut CD sold over 100,000 copies almost exclusively on word-of-mouth and touring.

The "word of the day" from Wordsmith.org is "malkin": 1. An untidy woman; a slattern; 2. A scarecrow or a grotesque effigy; 3. A mop made of a bundle or rags fastened to a stick. Sounds about right. 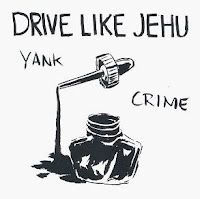 I had a guy call me last night toward the end of my show who had pulled over his car and double-checked his radio to make sure what I was playing was really on the radio. He called in to thank me for playing Drive Like Jehu, and said that he had given up hope on Omaha radio until he heard my show. Awesome. Last night's playlist is here.

It happened some time over the weekend, but The Dark Stuff has now broken 100,000 visitors! Damn! Yes, many of those are "image" hits -- people looking for pics of hot chicks -- but they still count as far as I'm concerned.
Posted by Dave Splash

I totally agree that Kiss and the Stooges should be in there. I'm also mad Todd Rundgren hasn't been nominated...I think the combination of his music and production resume very much warrant it.

I think they will all make it eventually but they're sure have been some others who have been far less deserving.

the answer is: you can't have rock n roll without kiss. it's true.

I'm going to have to also make the argument for Rush. But still, yeah. As much as I respect Jackson Browne and Steeley Dan, if you look at what KISS has done to change rock (yes, for worse and better) - you have to give it to them. I think more scrappy bands in garages got their start trying to emulate KISS than trying to emulate the Velvet Underground. And that's spoken from a Velvet Underground lover.

Agreed on Rush. They deserve it too.