"Everybody Has a Card, Runs a Fake Business"

Update your bookmarks! You can find me at www.thedarkstuff.com (or just keep the same bookmark and it will still get you here). 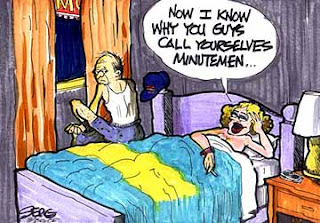 I sense a conservative boycott coming! A Dallas based pizza chain called Pizza Patron has announced that they will accept Mexican pesos as payment for pizza at their stores. The company's director of brand decvelopment made this right-wing outrage inducing comment, "We know that a large number of them [Hispanics] travel back and forth between the U.S. and Mexico and consequently have some pesos left over in their pocket. The pizza business is extremely competitive and we thought this was a way to position ourselves in relation to our competitors." How many days before O'Reilly or Hannity make this their cause?

Bright Eyes have announced a series of concert dates in smaller venues. The tour will pre-date the release of the next Bright Eyes album, Cassadega. Find those dates here. Also, Saddle Creek is offering a free download of one song from the new BE collection Noise Floor. Download the song "I Will Be Grateful for This Day."

Rapper Kool Keith has reformed his legendary late 80s group Ultramagnetic MCs. They have a new video out, and you can see it here. I am a long time Kool Keith fan, but I am not that into this new song.

Don't let right wingers and the media tell you that it is unconsitutional for the Congress to require the president to justify an escalation in the Iraq War, or that it is somehow not legal to deny funding to part of a military operation. The Center For American Progress has assembled a list of previous examples of times when the US Congress has "capped the size of military deployments, prohibited funding for existing or prospective deployment, and placed limits and conditions on the timing and nature of deployments." Read them here. This, of course, comes the same day that Senator Ted Kennedy is introducing legislation requiring the president to get Congressional approval to escalate the war in Iraq.

Rick "man on dog sex" Santorum is back! It didn't take long, but the rabid right-winger who lost his bid for re-election to the Senate last November is returning to DC (not sure he ever left). Santorum will be in charge of assembling the "American Enemies" list for a conservative "think tank" called the Ethics and Public Policy Center.