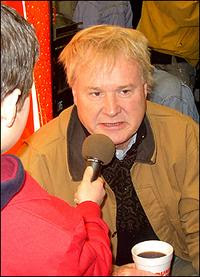 How did he get this job? Hardball's Chris Matthews will be a judge in the 2007 Miss America Pageant. If you watch Hardball, you probably noticed Matthews bizarre tendency to comment on nearly all women's personal appearance when they are on the show. Before interviewing Ann Coulter last year, he remarked to his other guests that she "doesn't pass the Matthews test." Whew.

The Bush Administration has just taken away even more of your privacy rights. After signing a Postal Service Reform Bill, the president added one of his infamous "signing statements" that he says gives him the right to open any domestic piece of mail. "The [Bush] signing statement claims authority to open domestic mail without a warrant, and that would be new and quite alarming," said Kate Martin, director of the Center for National Security Studies in Washington. Again, I defy any right-winger to defend this. This is not international mail, and this is not lettters postmarked "Osama Bin Laden, Afghanistan 90210." This statement allows the president to open anyone's private mail without a warrant, and without any oversight. This is one step closer to a police state.

First Van Halen with Diamond Dave, and now The Police? Rumors are flying that 2007 will be the year that Sting, Andy, and Stewart finally reunite. The last Police record was released in 1983, but their break-up became official in 1986. Sting is still somewhat reluctant according to reports. 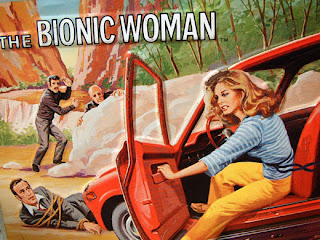 The Bionic Woman will return in 2007! A re-working of the 1970s show about a paralyzed woman re-built with "bionic" components to become a government superhero has been greenlit by NBC. No word on who the new bionic woman will be. My vote...Jessica Biel.

Mike Meyers (Austin Powers, Wayne's World) is going to portray legendary WHO drummer Keith Moon in the biopic movie about him. Meyers was Roger Daltrey's first choice for the role. The movie will be called See Me Feel Me (Keith Moon Naked For Pleasure).

Rep. Jack Murtha (D-PA) intends to deny the Bush Administration funding for any escalation of the Iraq War. Murtha is the new Chair of the House Appropriations Subcommittee on Defense. In an interview at Huffington Post, Murtha said "he wants to 'fence the funding,' denying the president the resources to escalate the war, instead using the money to take care of the soldiers as we bring them home from Iraq 'as soon as we can.'"

The Democrats have officially taken over control of Congress today. Yeah! But, guess who a prominent member of the "liberal media" chose to interview on this day? John McCain. McCain was the featured guest on The Today Show this morning to talk about Iraq and the new Congress. With the potential of hundreds of Democrats to choose from to interview, Today chose Republican John McCain. Thanks.

If you have a few minutes to waste, check out the newest Fox News spoof site, Foxxy News.com. They claim to be "fair, balanced, and hot." Some of the anchors use names like Greta Von Substance, and Jill O'Really. The site is kind of stupid, but I like anything that mocks Fox News and Bill O'Reilly.
Posted by Dave Splash