Andrew Sullivan (the only conservative consistently worth reading) has a good analysis of Bush's speech last night. He says, "He [Bush] seems to disbelieve the overwhelming evidence on the ground - that the dynamic has changed beyond recognition. His intellectual rubric - democracy versus terror - has not changed to deal with fast-changing events, or to take account of the sectarian dynamic that his appallingly managed occupation has spawned. And so his strategy is no surprise. It would have made sense in 2004, when so many of us were begging for more troops, only to be dismissed as fair-weather warriors, terror-supporters, or lily-livered wimps. We were right. This president was disastrously wrong - and clung to his disproved strategy in the face of overwhelming evidence, supported by the Republican right regardless, until it simply became impossible to sustain the lie any longer." I just wish there were other conservatives as honest as Sullivan. Margaret Carlson (not a conservative) has a decent column here. I've always kinda liked her for some reason.

Here is a good example of why I hate American Idol. The show's creator and star, Simon Cowell, recently said that he would prefer to hear the music of Kelly Clarkson to Bob Dylan!? According to Cowell, "If I had 10 Dylans in the final of American Idol we would not get 30 million viewers. I don't believe Bob Dylan would make American Idol better show. A singing poet? It just bores me to tears. I prefer Kelly's music to Dylan's." 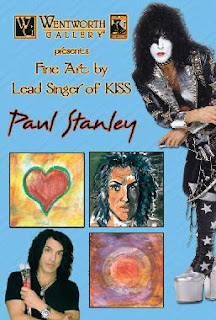 A bunch of washed-up 80s rockers are getting together to make yet another KISS tribute CD. By my count, this is the fourth "all-star" tribute to KISS, and this one will feature members of Warrant, LA Guns, White Lion, and more.

The very sharp and observant political columnist Howard Fineman says that Bush's face showed fear last night while delivering his escalation of Iraq speech. "George W. Bush spoke with all the confidence of a perp in a police lineup. I first interviewed the guy in 1987 and began covering his political rise in 1993, and I have never seen him, in public or private, look less convincing, less sure of himself, less cocky. With his knitted brow and stricken features, he looked, well, scared. Not surprising since what he was doing in the White House library was announcing the escalation of an unpopular war."

A blog called rbally has posted a soundboard quality recording of a Cat Power show from last November in Germany in mp3 form. She does some good covers including Smokey Robinson's "Tracks of my Tears" a capella. 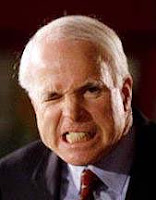 I caught this yesterday on MSNBC and could not believe what I was hearing. John McCain completely re-wrote the history of the last few years to make himself look right on the Iraq War. He told Tim Russert that he always said Iraq would be a long and difficult war, but that it would also be very easy at the same time. He then insisted that US soldiers were greeted as liberators and not as occupiers, just as he predicted. The video is here. Problem is, he's wrong on all counts. The war cannot be simultaneously easy and hard -- it's hard. We're still there almost four years later, so McCain makes no sense. Secondly, while there might have been some celebration on the first day the US hit Baghdad, it quickly turned to lawlessness in the city, and shortly thereafter, anger and resentment toward US troops. Wrong again, Johnny. Lastly, it should be noted that this new "surge" of troops in Iraq has been championed by McCain. It is his and Bush's new strategy. When it fails, McCain should be held just as accountable as Bush and the rest of the Republican party.

Here is a funny video of an 8-year-old girl attacking religion and Bill O'Reilly. Of course, Bill-O is already on the case, and said he thinks child services should look into whether this girl is a victim of abuse. (Clearly any child who doesn't like America's #1 "Culture Warrior" must be a victim of something, right?) Actually, the video is a promo for a band, and the girl is an actor.