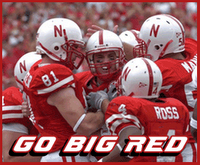 I don't write about it too often here, but I am way into Nebraska football. I watch every game that's on TV, and I even went to a game this year for the first time in 20 years. Tonight is the Big 12 Championship game against Oklahoma. Though the conventional wisdom is that playing Oklahoma is better for Nebraska in terms of a bowl game and national standing, I wish we were playing Texas again. Last time, Texas did not the win the game -- Nebraska lost it. Still, it was so close, and everyone predicted a Texas blowout that I wanted Nebraska to have another chance to actually beat them. I haven't followed Oklahoma this season because we weren't scheduled the play them. The NU/OU rivalry is pretty severe, so it should be an intense game. I know some people who drove down to Kansas City to see the game. Insane. It's 20 degrees and snowing down there. The game will be much better on television since I will be inside with heat. 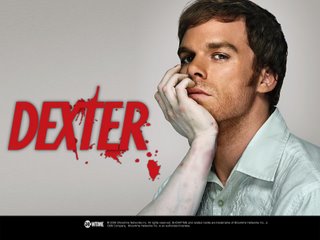 I may just have to go ahead and subscribe to Showtime. I am totally hooked on Dexter. I already give something like $170 per month to the cable company (cable, phone, internet), and am extremely reluctant to shell out any more. But damn is this show getting good. A friend told me about bit torrents. I can't really explain it, but it is some new way of file sharing. I guess people are using it to download entire movies and TV shows. I downloaded the software, and after three unsuccessful attempts, got the latest Dexter episode. It was kind of a pain in the ass, but I guess it beats waiting to get the VHS tape from my folks. The legality of the torrent thing is kind of an issue for me I guess.

I made the mistake of going out for Indian food last night with some friends. I love Indian food, and I love the Jaipur where I ate. But I was already having stomach "issues" before I went out, and now those "issues" have been exacerbated. I haven't been having the greatest morning. 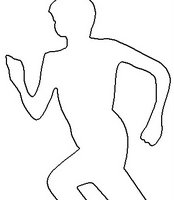 I am getting back into exercise after taking a few months off. I was in really good shape and then I hurt my knee. It wasn't very bad, but I took a few days off from exercising because of it. I dumped my routine and started seriously slacking. The few days became a few months and now I have some real work to do. So far, so good. I started last Wednesday, did it Thursday, skipped Friday, and am about to go right now.

I intend on working on podcast #8 after my workout. Stay tuned.
Posted by Dave Splash

Lately I'm watching a lot more Showtime than HBO. Dexter is great, Weeds is fun and Masters of Horror has it's moments.

I don't know those other two shows, but I love Dexter. It's just so different. Everytime I think about maybe cancelling HBO and changing to Showtime, I remember that Sopranos and Curb Your Enthusiasm will be back on HBO next year.