This Really Is a Freaky Friday! 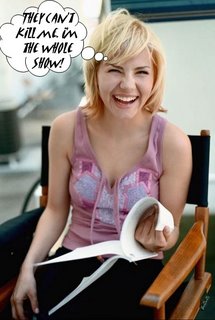 Current and former cast members of 24 appeared together the other night at the premiere party for Season Five being released on DVD. Plenty of dead characters made the party: President and Mrs. Palmer, Tony Almeida, and Walt Cummings were there. However, Jack Bauer's daughter, Kim (Elisha Cuthbert) did not make the event. Season Six begins January 14!!

The RIAA (Recording Industry Association of America) has been suing illegal song downloaders for the last few years. A lot of the PR behind the suits has revolved around the claim that artists are being denied royalties. This is true. That's why I don't use sites like Kaazaa. But the RIAA is now looking to reduce the amount of money paid to artists. The statute that determined the mandatory rates paid to artists expires this year. The RIAA is looking to re-negotiate the deal and reduce the amount paid to artists (aka the reason the music was purchased in the first place). In a seperate case, a Chicago woman sued by the RIAA for illegal file sharing, is suing Kaazaa for the money she had to pay. She is claiming Kaazaa engaged in deceptive marketing practices.

Former UN Ambassador under Ronald Reagan, Jeane Kirkpatrick, has died. She was 80. Kirkpatrick was the first female to be America's UN Ambassador, and was known for extreme, right-wing views.

NYC indie rock legends Chavez are getting back together for a handfull of shows. The band has not played together since 1997, but has released a new CD/DVD retrospective boxed set, Better Days Will Haunt You (buy here 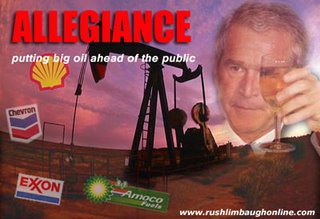 It was one of the greatest rock shows I have ever seen (Ween + Chavez! I mean, c'mon!). Pitchforkmedia has a new interview with the band here.

The lazy, do nothing, Republican-controlled, 109th Congress did not pass 9 of its 11 major appropriations bills while still in session (I guess it's hard when you only work 2 1/2 days a week), but it did manage to pass itself a pay raise. Democrats say they will block the measure once they take control. As their last act of defiance to the American electorate, the Republican House will likely pass a pro-oil drilling bill today. The bill will do nothing to make the cost of energy go down or make us more energy independent. It is one last gift to the oil industry.

DNC Chair Howard Dean is calling on the 110th Congress not to allow Republican Vern Buchanan to sit in Congress. His election, in Florida's 13th district, has been contested since election night. There are potentially 18,000 missing votes in an election that was "won" by a few hundred votes. The Democrat in the race, Christine Jennings, is calling for Congress to launch its own investigation, and she has filed a lawsuit demanding a re-vote. 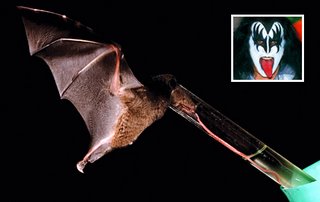 The lawsuit may force the decision into the House of Representatives anyway. Strange how all these election shenanigans keep happening in Florida, and that somehow, the Republicans always end up victorious. Wouldn't have anything to do with the governor being the president's brother, would it?

Gene Simmons is featured in a piece by National Geographic about bats. The article is about how the bat has the longest tongue of any mammal. Apparently, they think Gene might be jealous.

The father of Chelsea Clinton's possible finacee won't be able to make it to any potential weddings until November 2008. That is his expected release date from prison. Ed Mezvinsky, a former Congressman from Iowa in the 70s, is serving a prison sentence for fraud in relation to those Nigerian email scams that have been prevalent on the internet for years. I'm sure the right will have a field day trying to link Bill and Hillary to this guy. 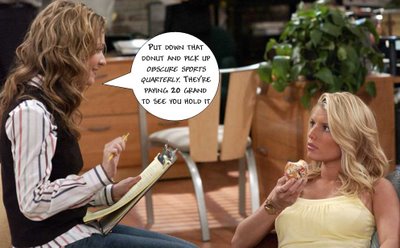 According to TMZ.com, Jessica Simpson's father and manager, Joe, has been approaching various magazines with an offer they might be able to refuse...For a cool $10K, Jessica will be seen holding your magazine at some point during her new movie Blonde Ambition.


Last night's concert from The Who at the Qwest Center in Omaha only drew about 9,000 fans. That is less than 50% of capacity. That is shockingly low compared to other aging rockers that have played here recently. The World Herald's review of the show can be found here (sign-in required), while one from a different perspective is here.
Posted by Dave Splash