Don't know how I missed this yesterday. The big news, obviously is that uber-hottie Elisha Cuthbert -- formerly of 24 -- is now 24. I guess she's now too old for me. (j/k) Strangely, Abbie Hoffman and G. Gordon Liddy also had the same birthday.

A&E has greenlighted a second season of Gene Simmons Family Jewels for some inexplicable reason. Well, I guess the reason is ratings. A&E's Monday night ratings improved 56% among adults 18-49 since the addition of Family Jewels. The network has ordered 20 one-hour episodes for the second season. The first season will be on DVD in time for Christmas.

Last night I saw The Black Keys for the first time. I've been digging the band for the last three years or so, but have never been able to catch them live until now. They were fucking awesome. They played pretty much every song of theirs I like: "10 AM Automatic" "thickfreakness" "Your Touch" etc. etc. Very impressive. I don't remember Sokol Underground sounding so good either. From my vantage point (back of club, on stairs), they did a perfect show. What a good time. No good shows this weekend unfortunately.

Though I would absolutely love for the Republicans to choose Newt Gingrich as their nominee in 2008 for President (even the weakest Dem could beat him), I bet they don't. At a meeting of top GOP strategists, Gingrich adivsor Rich Galen said "It's a two-way contest between McCain and Romney." What about Rudy or Condi? How about Dick Cheney in '08? Man, I would hate to be a Republican. They have no promising candidates, no new ideas, and no solutions for all of the problems they have created. 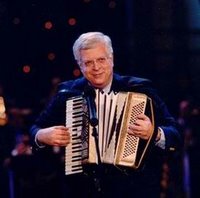 Wow. What the hell do conservatives have against the Constitution? Earlier this week a prominent conservative (Newt Gingrich) came out for restricting freedom of speech, and now another prominent conservative is saying all non-Christians should not serve in Congress. Dennis Prager wrote a column at far-right website Townhall.com attacking newly elected Muslim Congressman Keith Ellison. Prager is "outraged" (the perpetual state for those on the right) that Ellison said he would not be sworn-in to office by putting his hand on the Bible. He said he would use his holy book, The Koran. Prager argues that Ellison should not be allowed to use his holy book because it "undermines American culture" and that the Christian Bible is America's "holiest book."

"If you are incapable of taking an oath on that book, don't serve in Congress," he wrote.

First of all, members of Congress are not sworn in on a Bible or any other holy book. Many members pose for pictures holding a Bible, but it is not part of the official swearing in ceremony. Secondly, imposing a religious test on elected officials is expressly forbidden in the Constitution. We have a first amendment which not only guarantees all people freedom of religion, but it also forbids imposing a state religion on citizens. Perhaps Prager's real problem is freedom. Certainly he is free to retain his own bigotry, but those on the right should be condemning him for this unwarranted, un-American personal attack.
Posted by Dave Splash

Actually, Galen is a good guy, but he doesn't know what he's talking about when he's shorting Giuliani. Rudy will win the nomination going away and, basically, smash Clinton or Obama in the general.

Nice to the see the election last month has not shaken you out of your delusional state.

Rudy Giuliani will not get the nomination because your party is dominated by small group of zealots who think gay marriage is a greater threat than Al Queda.

If Rudy changes all his social postions to get a party nomination, he will look like such a ridiculous pandering flip-flopper that he will be damaged goods for the general election.

There is no way Guiliani is getting the nomination. There are just too many social conservatives in the GOP.

And Romney might get the nomination but the country won't put a Mormon in the White House. We just got through kicking out most of the crazy conservatives out of the House and Senate.