Have You Noticed Conservatives Have Been Whining A Lot Lately? 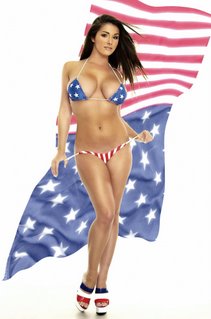 Today is the 65th anniversary of the attacks on Pearl Harbor, Hawaii by the Japanese. For some bizarre reason, the president at that time, Franklin D. Roosevelt, actually declared war on Japan. I mean, wasn't there some other country that had nothing to do with the attack that we could have invaded instead? That's such pre-9/11 thinking!

The Bush Administration's criminal activity may not come to a complete end in January when the Democrats take over Congress, but many administration officials are getting out rather than be investigated and indicted. Administration appointees to the EPA are said to be leaving first. For those that stick it out, they will be able to hire the new "crisis management" firm created by two former Bush Administration officials from the Justice Department. Former department spokespersons Mark Corallo and Barbara Comstock are forming a law/PR firm — Corallo Comstock - to defend members of the administration under investigation. You can never accuse a Republican of not exploiting a good business opportunity, and defending Republicans accused of wrongdoing will be big business in 2007!

A member of the Parliament of Indoniesa is under investigation over a sex tape that has appeared on the internet. The legislator is seen in a one-minute video engaging in some type of sexual activity with a popular singer. The lawmaker is currently MIA, but the singer has admitted she made the tape with her cell phone. 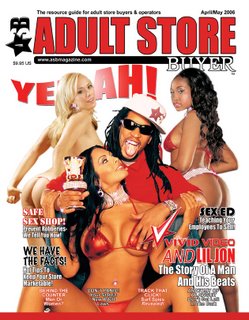 Unhinged right-winger alert!! A Gainesville, Florida man was arrested for releasing hazardous material into an adult video store. The police describe it as a "weapon of mass destruction." The man, Thomas Magyari, "set two gallon-sized jugs of what appeared to be a corrosive material on the business' air conditioner. A water hose was set up to push water into the jugs, and another hose fed the substance into the building." Magyari wanted to delay the opening of the adult store in his city. So, that's where the WMDs went!

Lead singer of The Cure, Robert Smith, is suffering writer's block. He has not been able to come up with any lyrics for the 30+ new songs the band has recorded for their next album. "I want them (the words) to mean something, it's not enough that they rhyme," Smith told Reuters in a recent interview. "I find myself stopping short and thinking I've done this before, and better." Yes, Bobby, you have. Maybe it's time to retire.

Right-wingers in this country have been whining for the last two years that the media only covers the violence in Iraq, and not all of the "good things" going on inside the war ravaged country. God forbid, someone should associate a war with violence! Anyway, one of the overlooked sections in the report from the Iraq Study Group says that the Bush Administration has engaged in "significant under-reporting of the violence in Iraq." Another right-wing myth bites the dust. 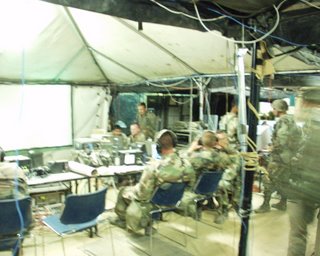 Another popular myth of the right is that the troops are hurt by debate over the war, and that all of the soldiers serving in Iraq are die-hard Bush supporters who believe in the "stay the course" strategy. Not true. "In Iraq, we try to win the hearts and minds of population. They want Americans out of here. They blame us for all their problems. They look at us as the terrorists and then they turn around and help the terrorists who are trying to kill us," said 1st Lt. Gerald Dow, 32, of Chicago, Illinois. Is Dow now unpatriotic or hurting the troops for stating the obvious? Dow is hardly the only soldier with serious doubts about Bush's policy.

The Conservative Jewish Movement (the middle ground between the Orthodox and the liberal, Reform movements) has voted to allow gay rabbis and same-sex marriages. The decision was not unanimous, and was worded to allow individual congregations to decide for themselves if they were going to accept gay rabbis and gay marriages. 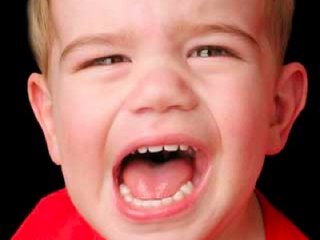 The Republican-led Congress had reduced the work week down to a mere three days during the last session. The Democrats have announced that they plan to return to a five-day work week (just like actual Americans have, I might add). Republicans, typically, whined about this new development, "Keeping us up here eats away at families," said Rep. Jack Kingston (R-Ga.). "Marriages suffer. The Democrats could care less about families — that's what this says." Huh. So working five days a week causes families to suffer? Is that the new message of the GOP? I guess they are scrapping the "gay marriage destroys families" argument, and adopting the talking point that a 40-hour work week destroys families. Good call, guys. Do you think I could pull this at my job? Should I tell my boss that working more than three days in a week is hurting my family? How long do you think I'd still have that job?
Posted by Dave Splash

Damn, Howard, you've had some beauties on here but that patriotic gal is one absolutely gorgeous heartstopper!

She's Lucy Pinder. You can see more of her here. She's quite the looker.